There is no doubt that the beginning of Day 2 was the most anticipated time of the whole Desert Trip 2018 (at least for me), and the reason for this was quite understandable – visiting the magnificent Grand Canyon was just a couple of hours away! We were so enthusiastic about this forthcoming adventure that, despite the relatively short sleep duration, we could easily deal with the early wake up hour. The comfortable and quiet Motel 6 room (something we wouldn’t be lucky enough to get with our next Motel 6 experiences) had also helped us to quickly recover from the exhausting Day 1.

After the usual backpack arrangement was over (including photography gear check, clothing selection and snack preparation), we headed towards the motel lobby where an improvised breakfast with some hot tea took place. Meanwhile, a quick research on topics such as the route to the Grand Canyon Village, entrance fees, parking regulations, hiking trails, vista points, and other important Grand Canyon-related issues had to be performed. The purpose was to plan our schedule as efficiently as possible, allowing us to get the most out of the Canyon during our limited two-days-long visit. And so we came up with the following idea – the first day would be spent hiking one of the many trails leading down to the Colorado River, while the second one would be dedicated to exploring the South Rim by car, trying to access as many different vista points as possible. After carefully reading the well-presented information provided by the Grand Canyon National Park website, we collectively picked the South Kaibab Trail as a perfect choice for the first day – a moderately difficult trail offering spectacular 360° views.

Once the schedule for the day was set and the breakfast finished, we got our stuff and headed towards the Motel 6 parking lot where the frosty Mazda was awaiting. It was a beautiful, sunny, close-to-zero-degrees-Celsius morning.

The Route 64 connecting Williams and the Grand Canyon Village was a nice 60-miles-long straight road passing through the impressive Colorado Plateau, made up of high deserts with scattered areas of forests. Being able to observe the beautiful surroundings during daylight, it was still extremely difficult for me to accept the fact that we were located at around 2400 meters above sea level! My concept of such elevation was naturally associated with hard-to-reach mountain ranges and snowy peaks, not with an almost completely flat piece of land.

In less than an hour of driving, several long queues of barely moving cars appeared before us – apparently the Grand Canyon National Park main entrance had been reached. Arming ourselves with patience, we picked a line and waited for our turn to pay the entrance fee of $35 (valid for seven days).

Knowing that the number of visitors to the Grand Canyon National Park was amounted to approximately 6.25 million in 2017, we weren’t surprised at all by the overcrowded parking lot. Nevertheless, finding a free spot was a relatively easy task, so we quickly advanced to the ‘Orange Route’ station where we lined for the Kaibab Rim Route shuttle bus that was supposed to take us to the South Kaibab Trailhead.

Everything was going by schedule so far, except… when are we supposed to finally see the Canyon? We were anticipating that moment for quite a long time already, so we could barely wait for the bus to reach its final destination. Actually, it didn’t have to. Soon after I had this thought into my mind, the road made a series of sharp turns and suddenly this staggering view appeared right outside our window – it was our first encounter with the Grand Canyon!  At this very point I realized that this thing was really immense and it had nothing to do with the various Grand Canyon photographs I had seen before. Being right there and perceiving the sight with your own eyes (even from behind a bus window) – it was simply an experience of a different dimension.

Several minutes after this very first exciting Grand Canyon experience of ours, as the South Kaibab Trailhead had been reached, we rushed outside the shuttle bus, almost running to the nearest edge. At last, we could comprehend and enjoy the Grand Canyon scenery to a full extent, gazing at the overwhelming rock formations and layers of various colors, boggling our minds how could nature possibly create this unearthly landscape!

Our contemplation was interrupted by the merciless schedule which reminded us that, unfortunately, our time at the Grand Canyon was limited, so we had to proceed to the first day adventure – the South Kaibab Trail.

The South Kaibab Trail is a hiking trail that begins at the south rim and leads down to the Colorado River itself. Its total length is 11.4 km, with 1460 meters of elevation change – the highest point (South Rim) is 2200 meters, and the lowest (Colorado River) – 740 meters. The trails features three vista points – Ooh-Aah Point, Cedar Ridge, and Skeleton Point – offering spectacular 360° views to the Canyon. Considering our hiking capabilities and the limited time, we decided to reach the Ooh-Aah Point, then move on to Cedar Ridge and make a turn-a-round there. This way we would be able to see some beautiful sights, get back to the car on time and save some strengths for the following days’ adventures. Besides, going past the Cedar Point in a single-day hike was really not recommended (especially in summertime) due to various reasons such as long distance, great elevation change, steepness misleading, water limitations, extreme heat, etc. Reaching the Colorado River and climbing back to the rim in a single day was also completely out of the question. Warning signs reminiscent of those dangers could be often seen at different locations around the Grand Canyon National Park.

Altogether, our hike was quite prolonged due to one main reason… You guessed it – photography! It is not going to be exaggerated if I say that we stopped at every 30 meters for taking pictures. But how can one blame us – we were at the hearth of probably the most photogenic places on Earth. Whether it would be a dead tree of an interesting shape, a huge boulder which you could climb on, a beautiful plant, a graceful bird, or – most of all – a new trail turn offering the next breathtaking view – every second spent on photographing, contemplating, and admiring the power of Mother Nature was an unforgettable experience.

In about 50 minutes of descending we reached the first panoramic spot called the Ooh-Aah Point. As expected, the relatively small area around the vista point was occupied by plenty of tourists, most of which were trying to figure out all sorts of ‘original’ selfie-stick-captured images. Luckily for us, there was this little ‘Ooh-Aah Point’ sign, marking the place, that seemed to be more attractive to the tourists, rather than the breathtaking view that was revealed a couple of meters further down. And what a view that was..!

After spending a descent amount of time at this lovely spot, we continued hiking down towards our turn-a-round point – Cedar Ridge – which was about a kilometer away. The helical-shaped path kept on offering more and more amazing views, beautiful cacti, interesting dried trees, and…. a pleasant surprise. As we were descending, following the trail, a number of mules and their riders came out of the nearest turn. Luckily, I had my Pentax film camera ready, managing to capture this exciting encounter.

At this point, being already quite close to our goal, we could see the Cedar Ridge in front of us. It was a level area, much more spacious than the Ooh-Aah Point, and offering even more spectacular views! Fortunately, the extra space available at this site had dispersed the large number of tourist, allowing for some sort of privacy. On that occasion, and also being already quite hungry, we decided to use the nearby flat rock as an improvised table, and have a peaceful lunch – right there, at the heart of the Grand Canyon!

Feeling much better after the backpacking meal, it was time to explore the Cedar Ridge. It was really an incredible place! Besides the unique 360° view, I was really impressed by those weird-shaped dried trees that looked as if they had been standing right there since ancient times (just like the Canyon itself) – a perfect scene for a black and white film photography (inspired by the 1941 Grand Canyon album by Ansel Adams)!

Of course, the breathtaking panoramas could not be ignored! Seeking for the perfect position, we noticed this higher rock rising above the trail, offering a really nice view to the Grand Canyon. In addition, dreamlike clouds made the whole scene look completely surreal.

After all the pictures had been taken (not easy with two cameras on your neck), it was time for the difficult part – we had to get back to the rim. It was around 340 meters of elevation change for a rather short distance, meaning not the easiest slope to climb. Indeed, hiking back was a relatively exhausting experience. The funny part was that we were kind of surprised by the slope, as if we’d never had it climbed down just a couple of hours earlier (the magic of adrenaline and over-excitement, I guess)! Anyways, keeping a relatively slow but steady pace, we reached the South Kaibab Trailhead. After a quick break we headed towards the bus stop, in expectation of the same shuttle that would take us back to the parking lot. Being a late afternoon, it was already time to head back to Williams and take some rest! And so, our first day at the Grand Canyon was to its end!

Even though it wasn’t the toughest hike we had ever done, we felt pretty tired once we got back to the Motel 6. Obviously, a quick nap was mandatory, especially if we wanted to explore the town of Williams later in the evening (which was the original idea). And as it turned out, it was quite an interesting place mainly because of one fact which we hadn’t been aware of (not until the previous night) –  the famous U.S. Route 66 passed right through the center of Williams! The “super-highway”, as it was thought of in 1926, represented unprecedented freedom to travel across the American West. The original paved highway was a narrow two-lane road (slightly wider than one lane of a modern highway) that spanned over 2,300 miles from Chicago, Illinois to Long Beach, California.

The opportunity to enjoy the tranquil atmosphere and capture some interesting night shots of vintage gasoline stations, bars, motor hotels and road signs, as well as the epic road itself, was too tempting to miss, despite our tiredness. So, after the quick dinner in a nearby pizza restaurant was over, we grabbed our tripods and headed towards the center of the town. It was a charming way to finish our second day of the so far successful Desert Trip 2018! 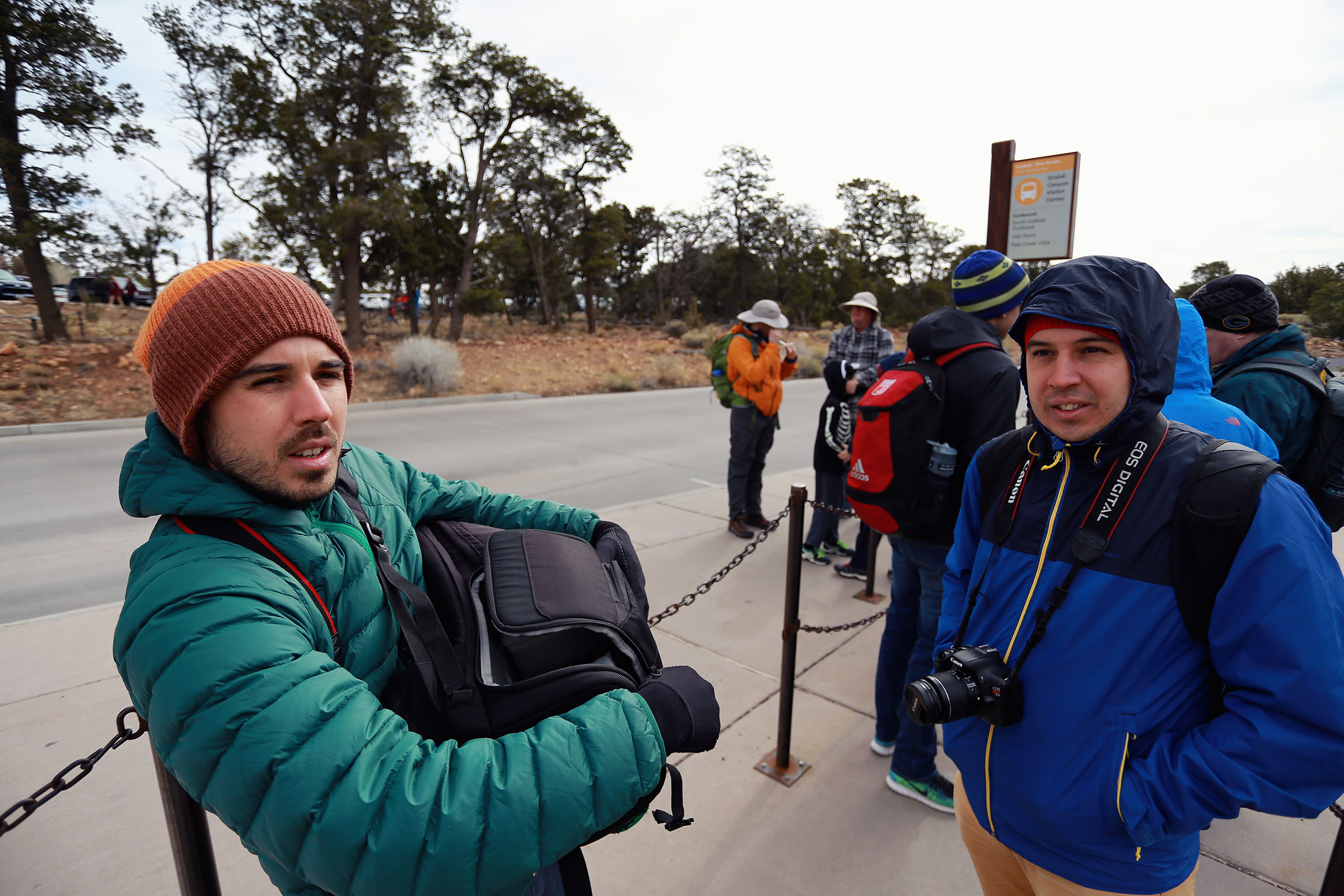 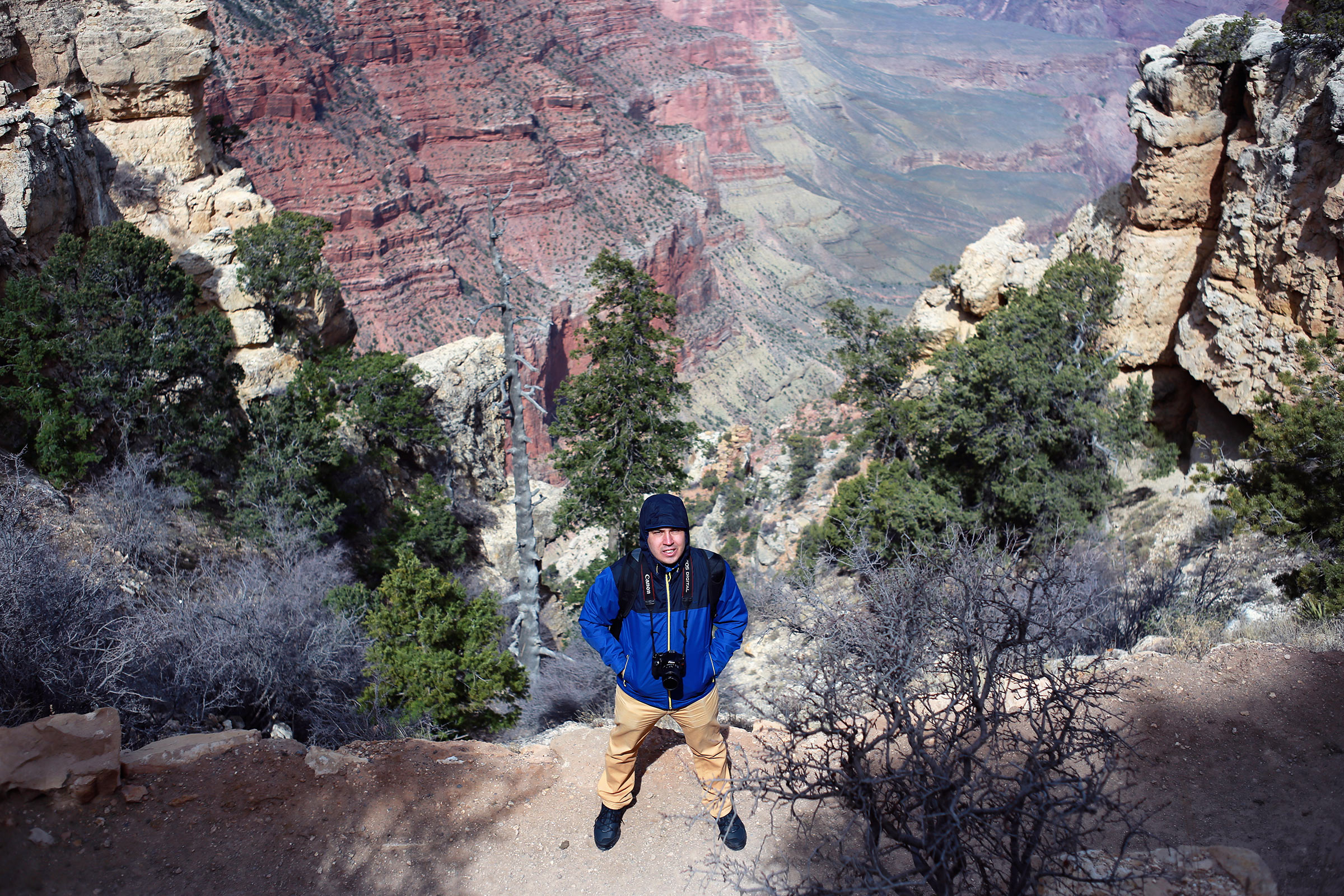 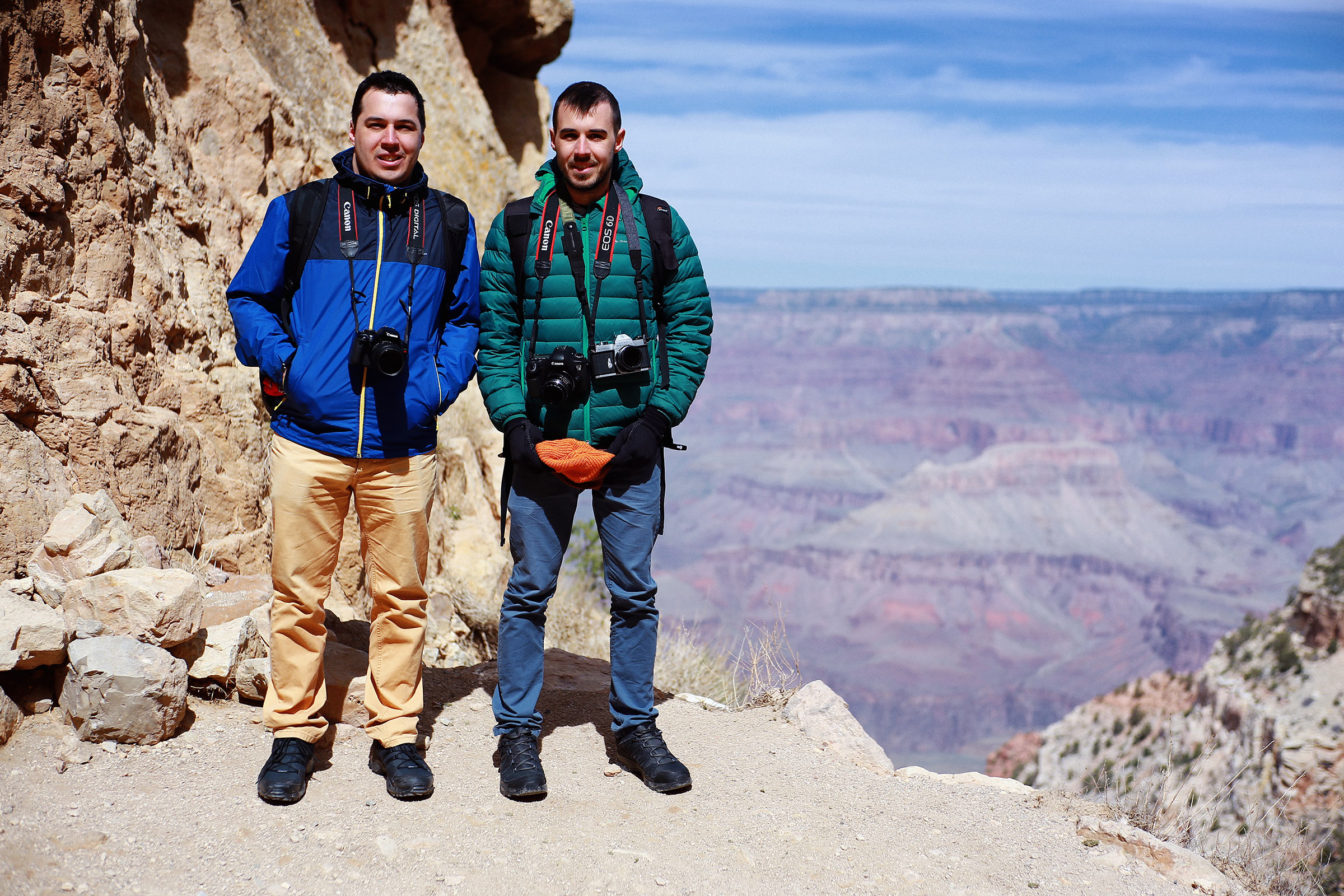 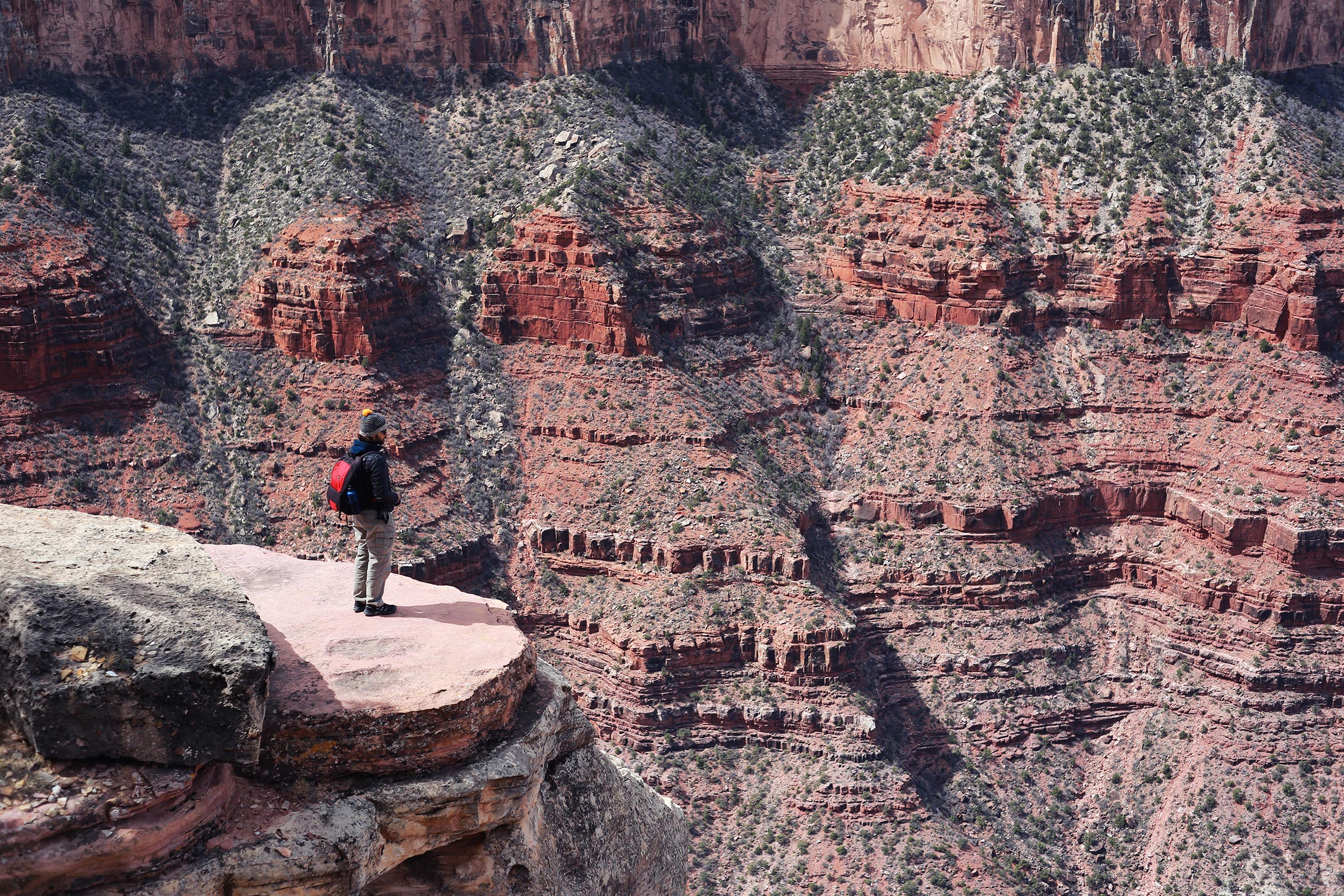 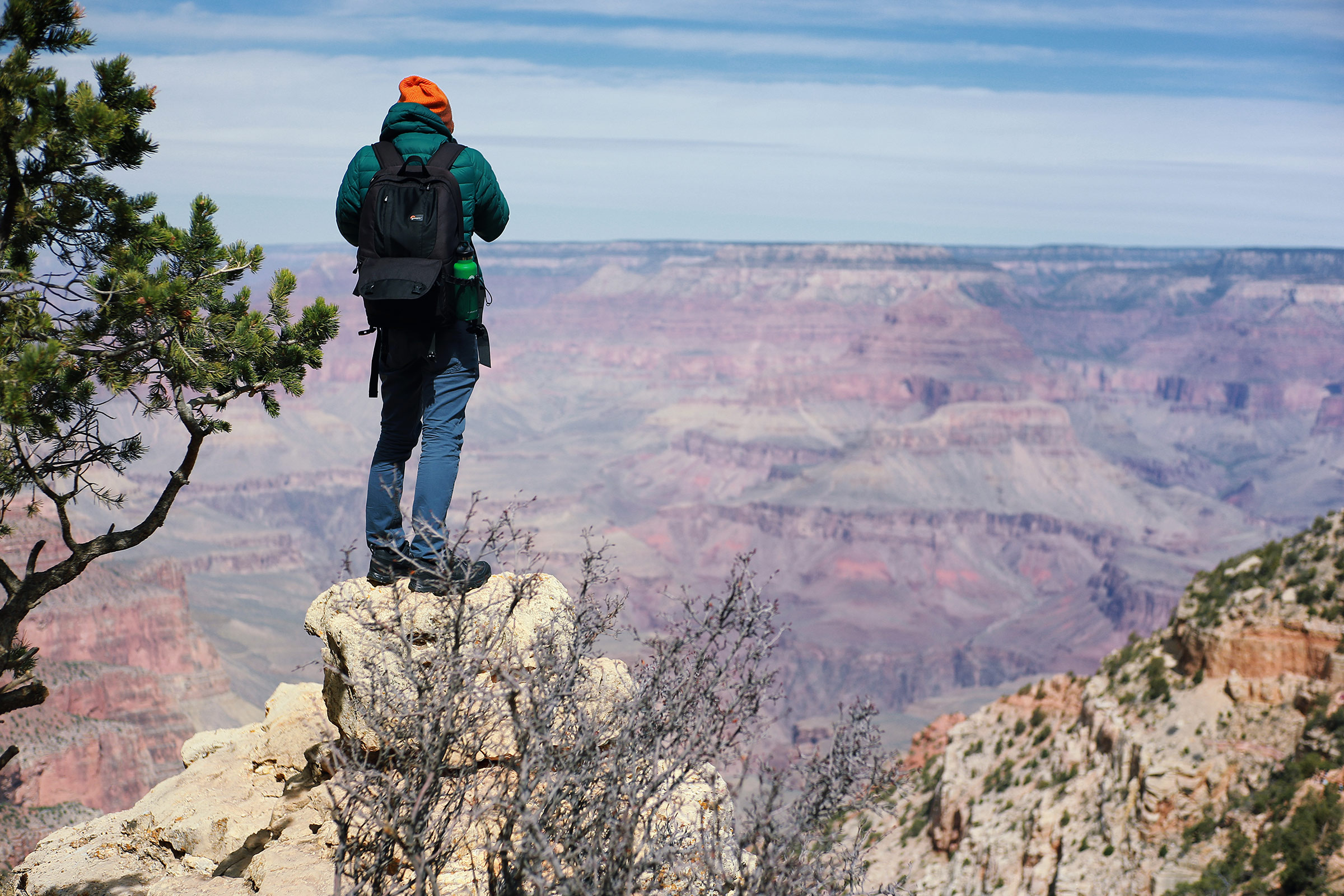 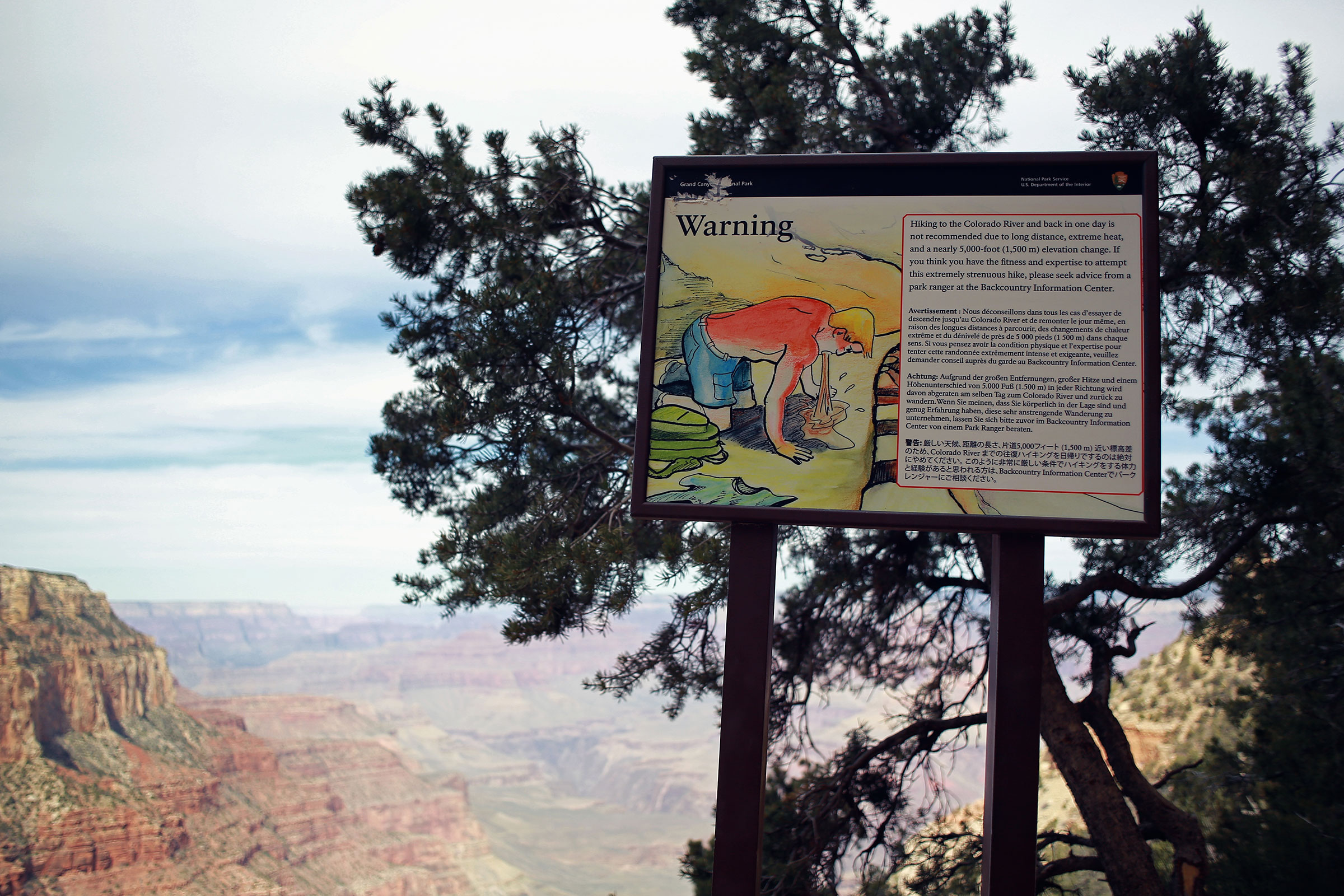 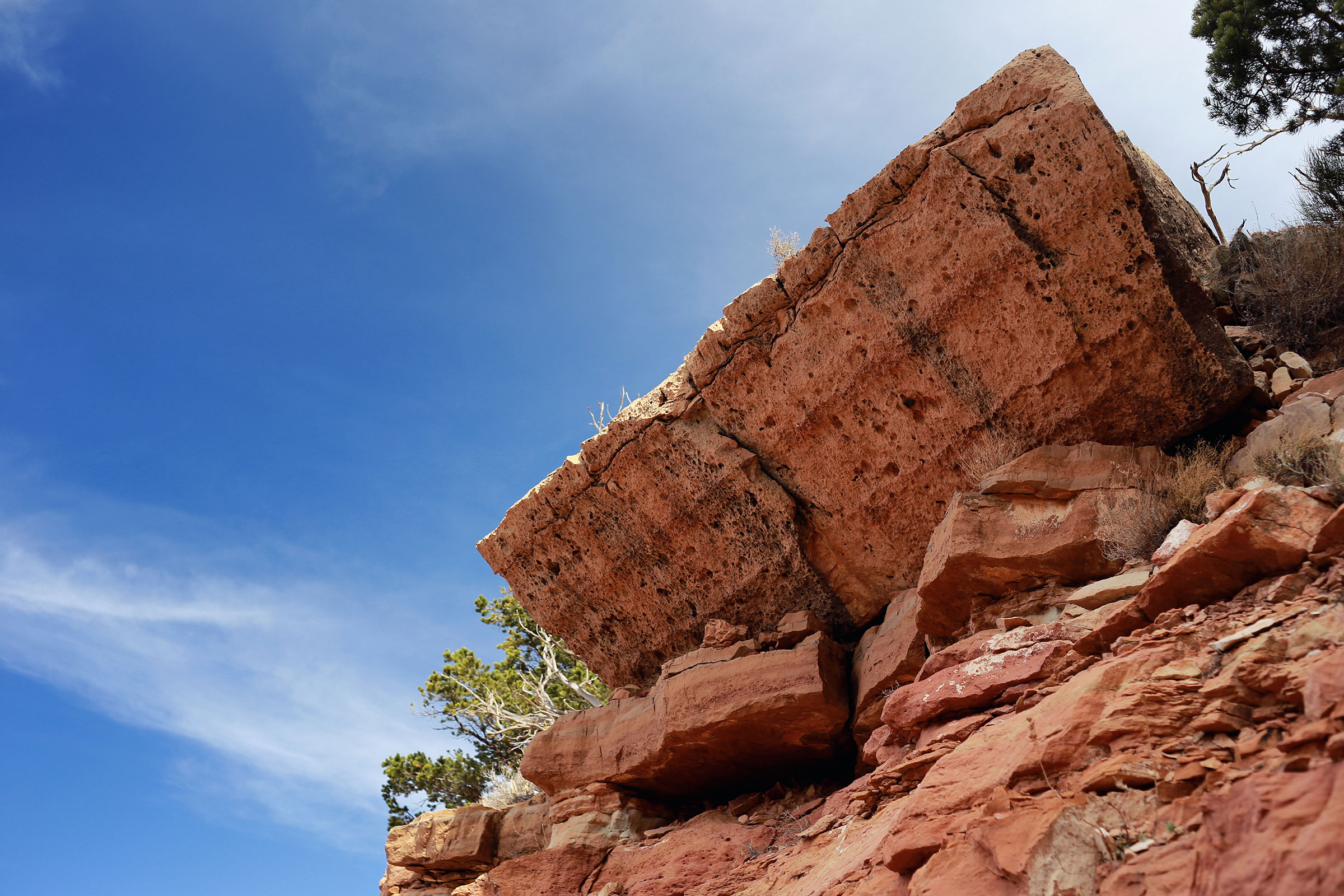 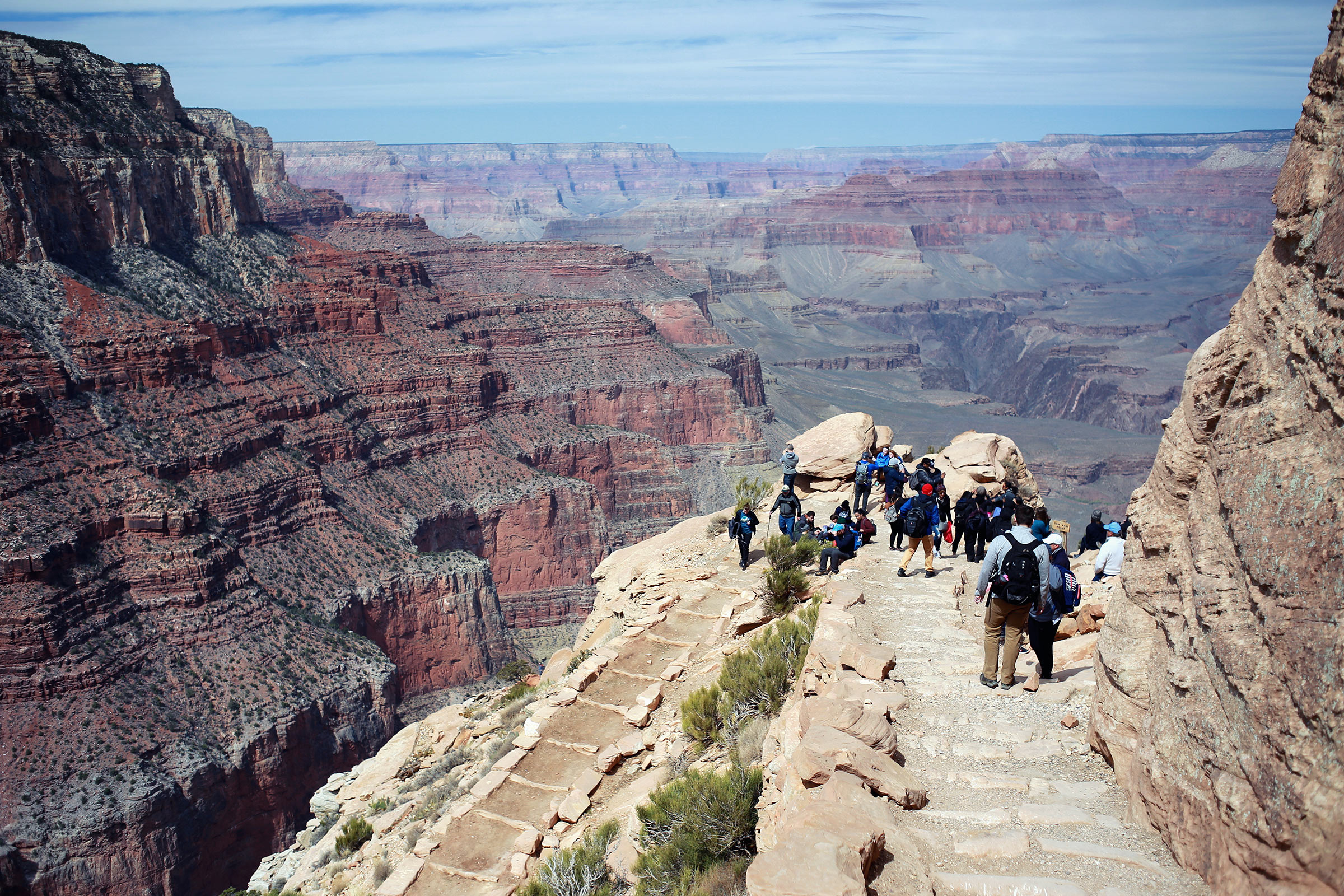 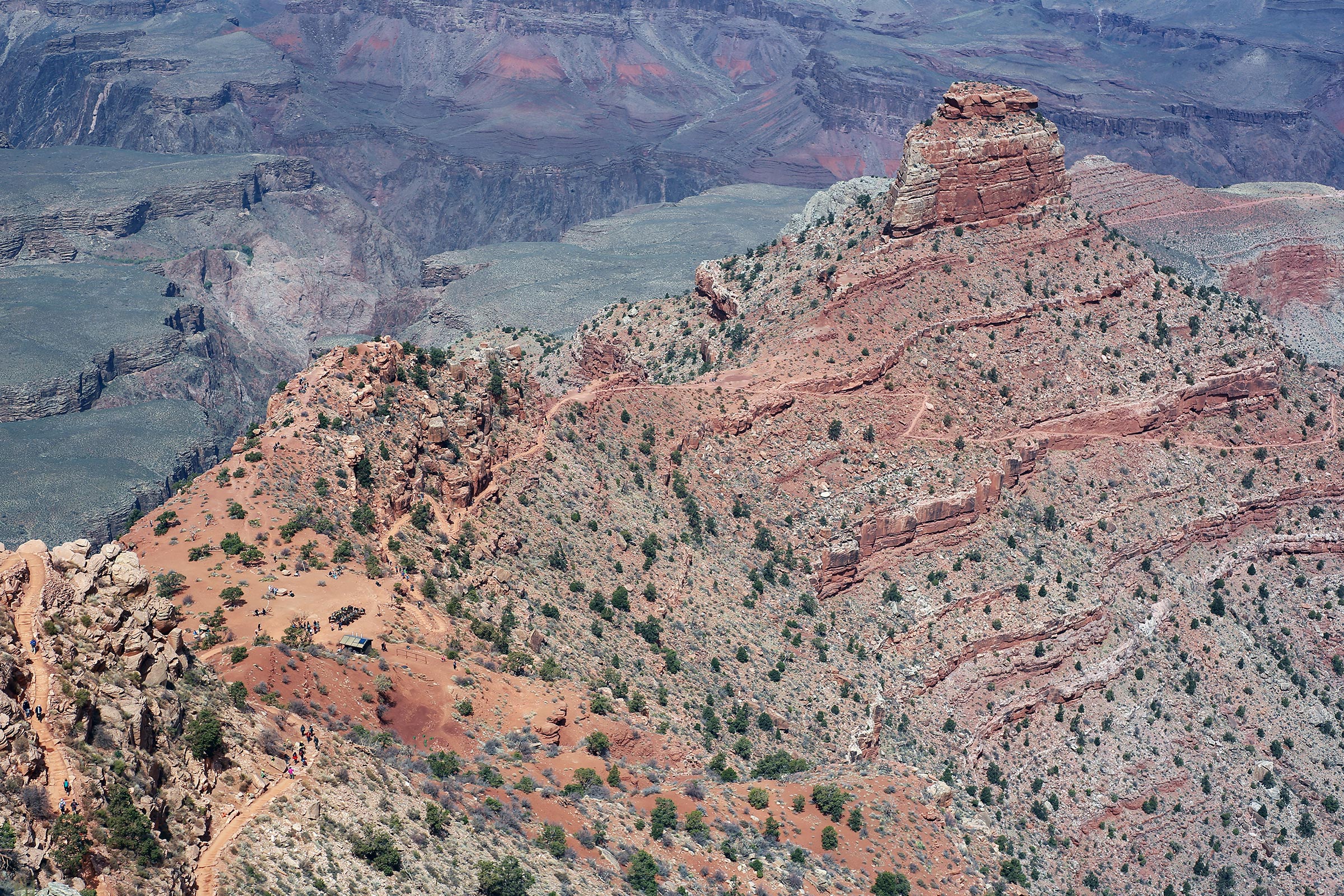 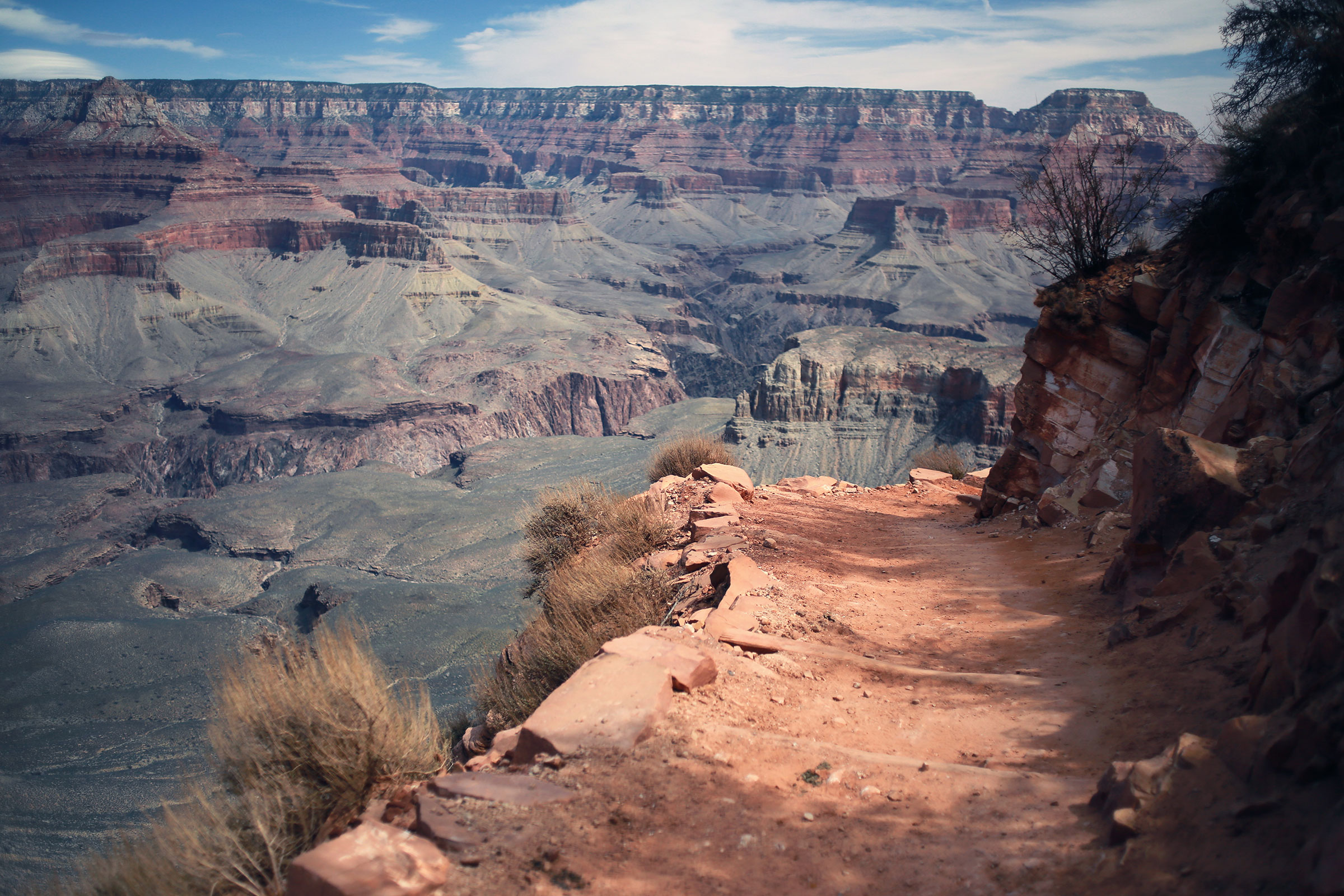 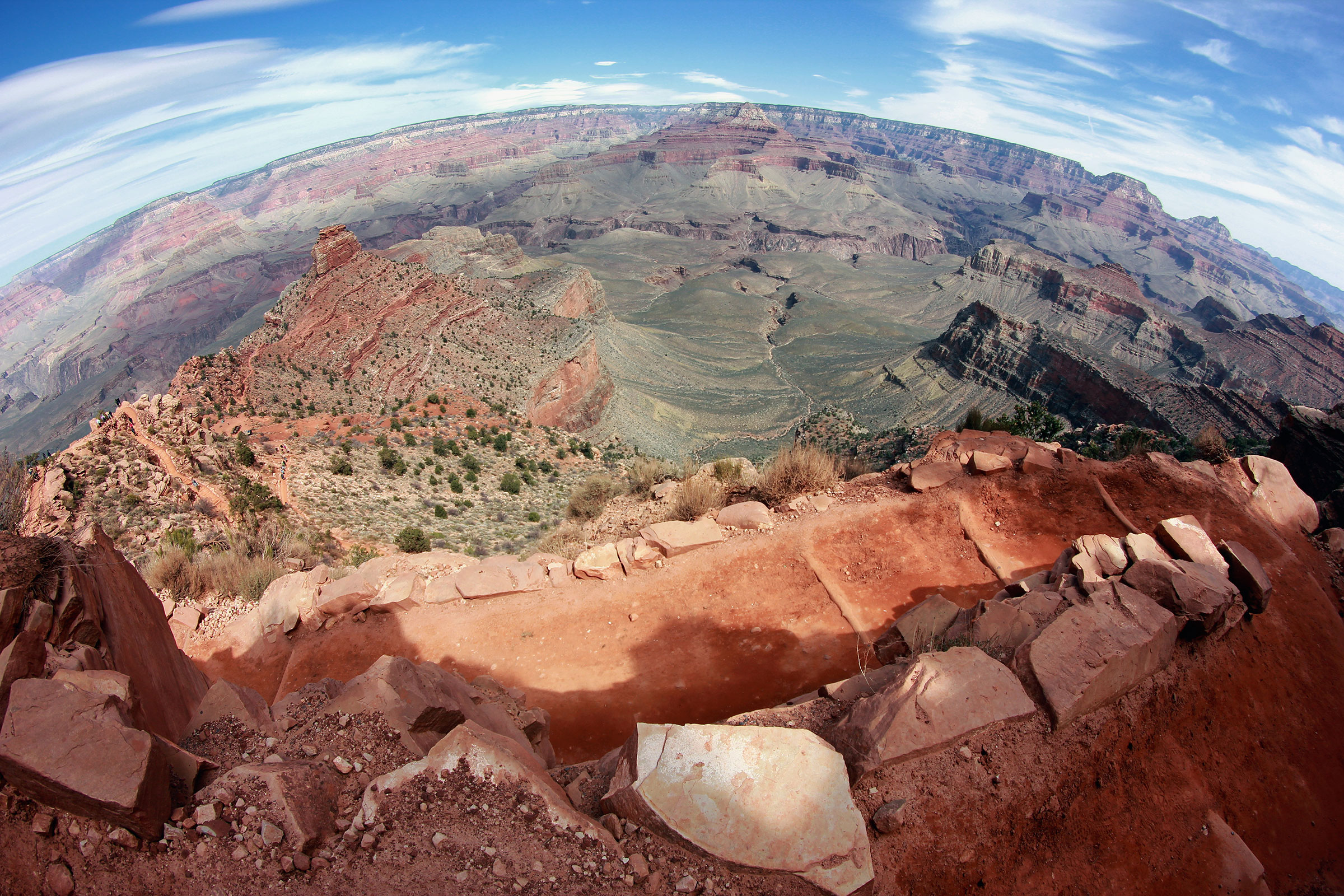 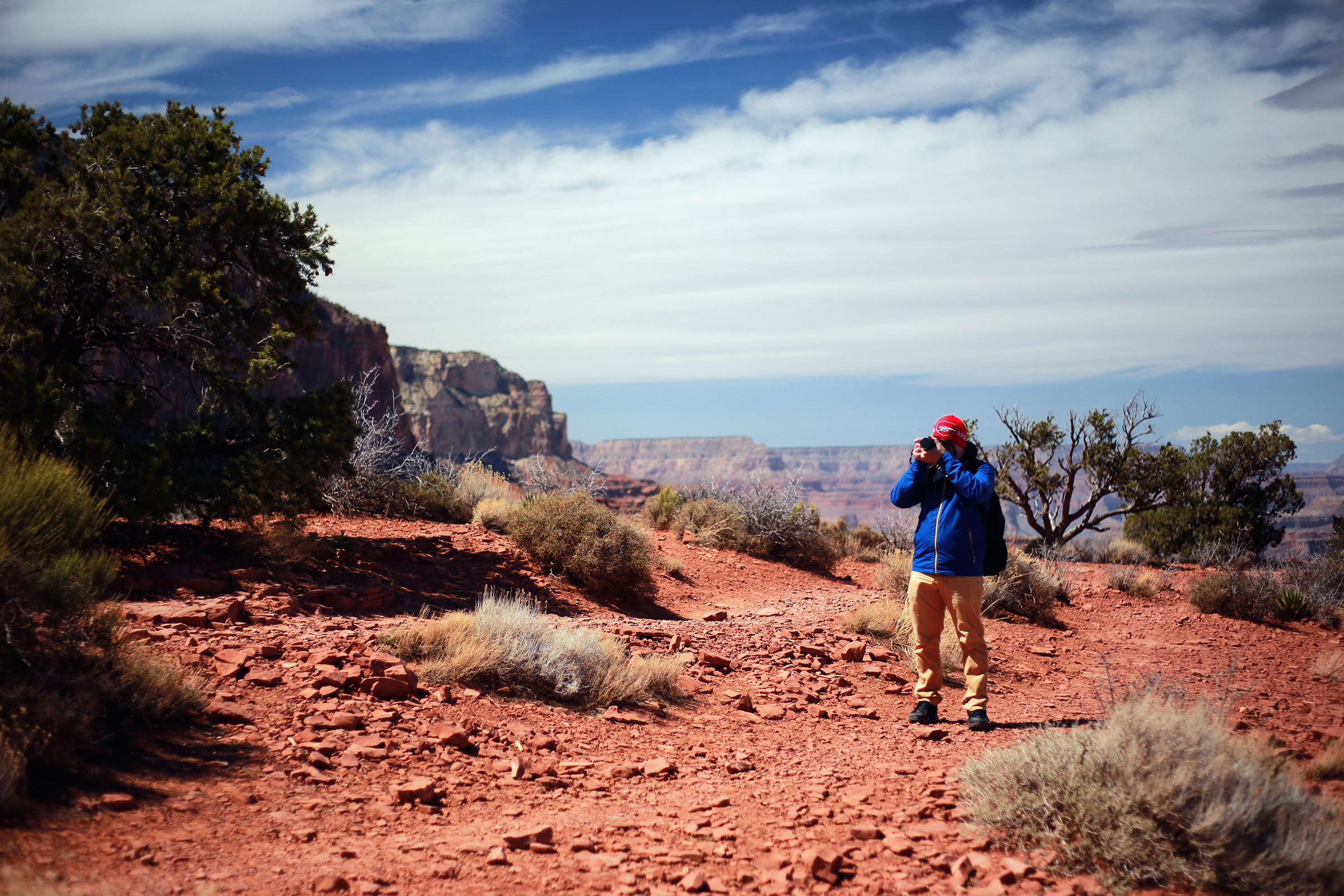 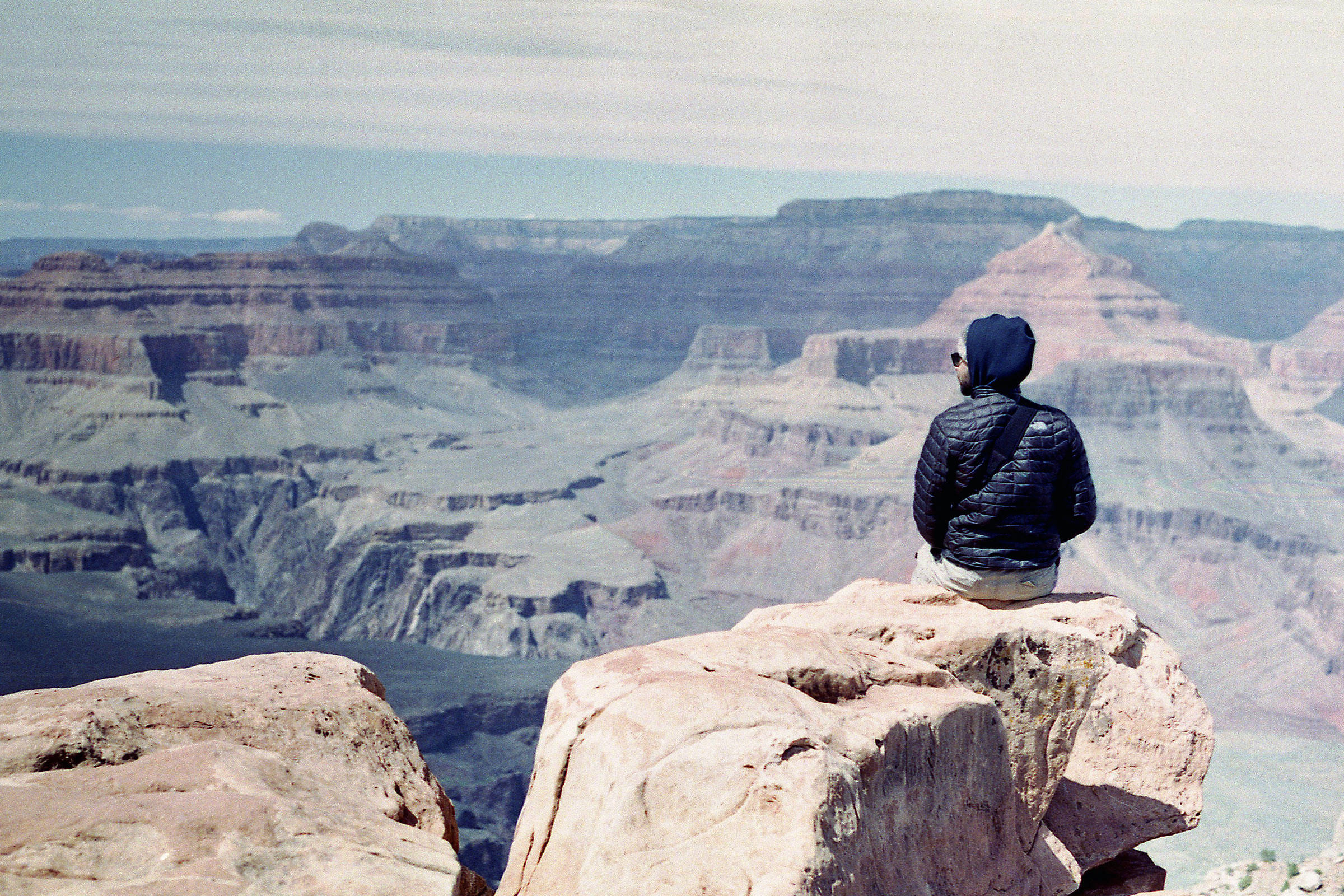 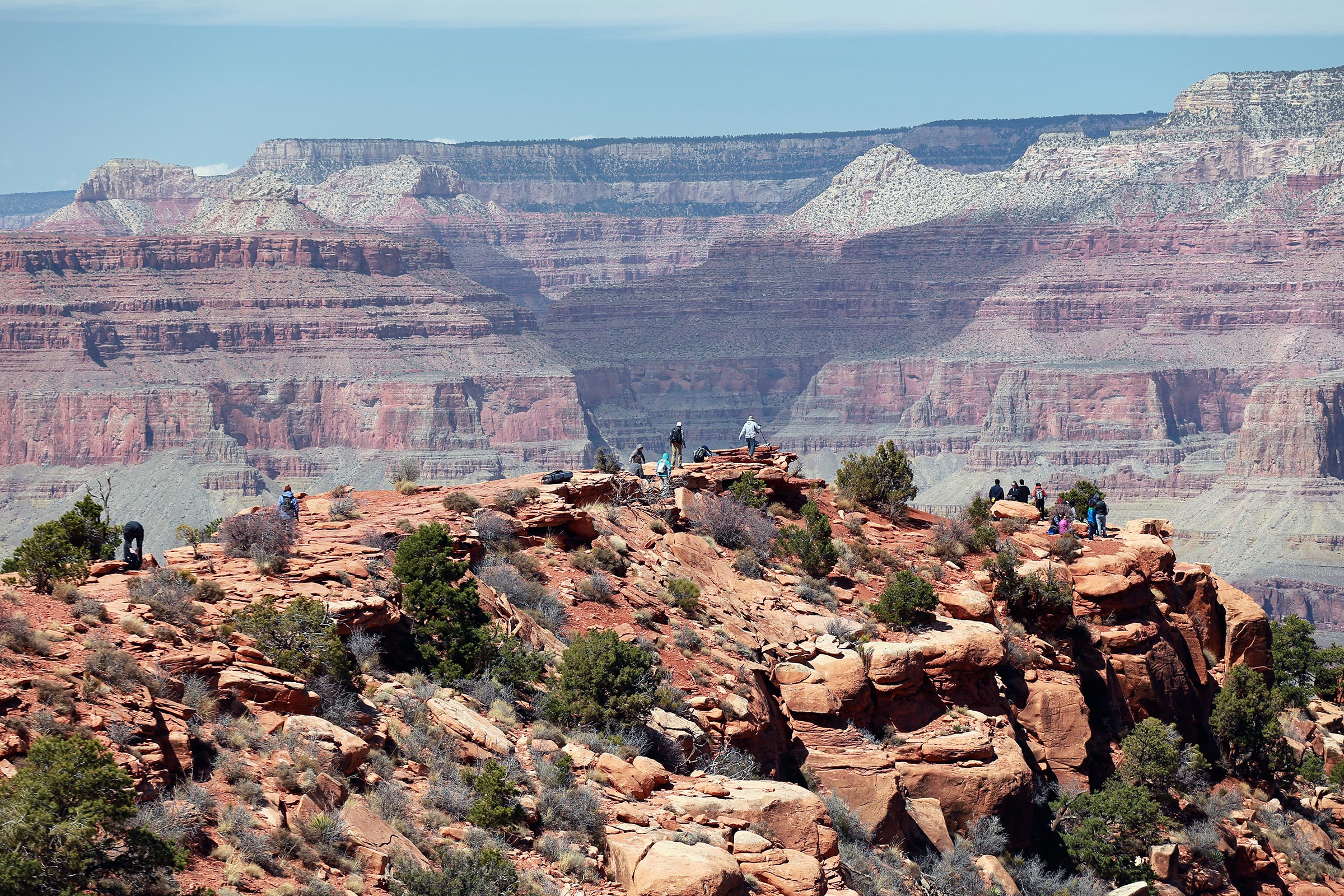 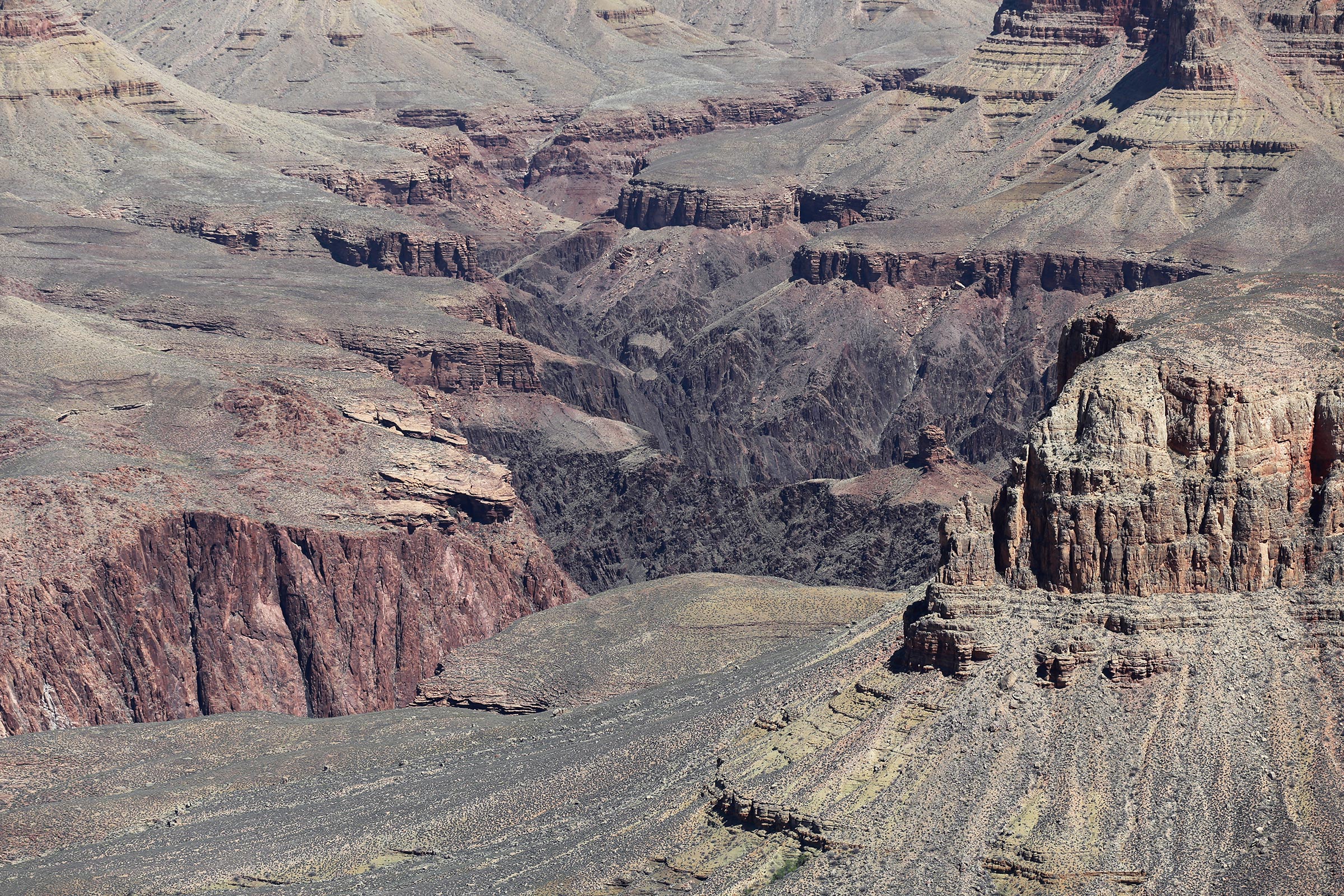 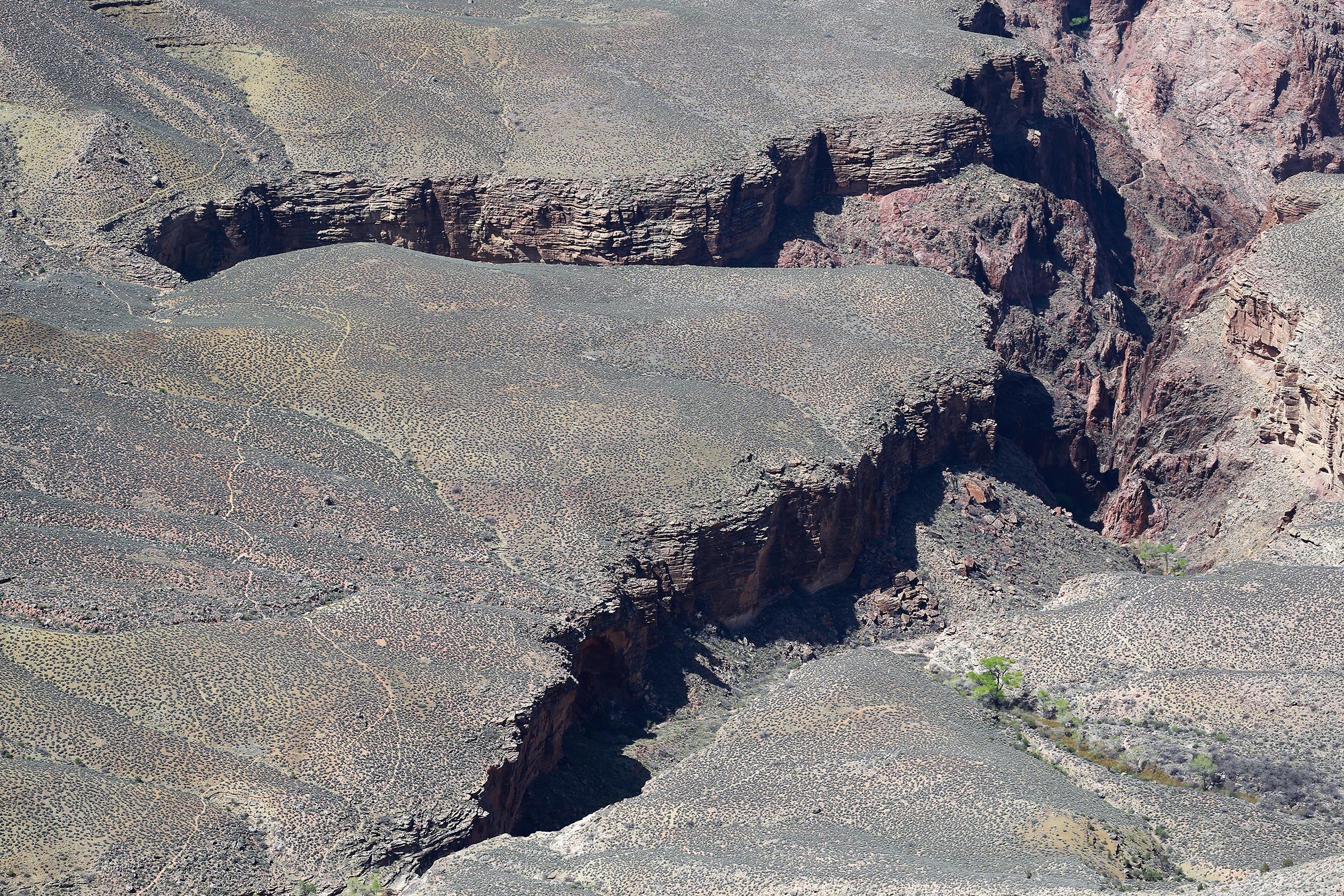 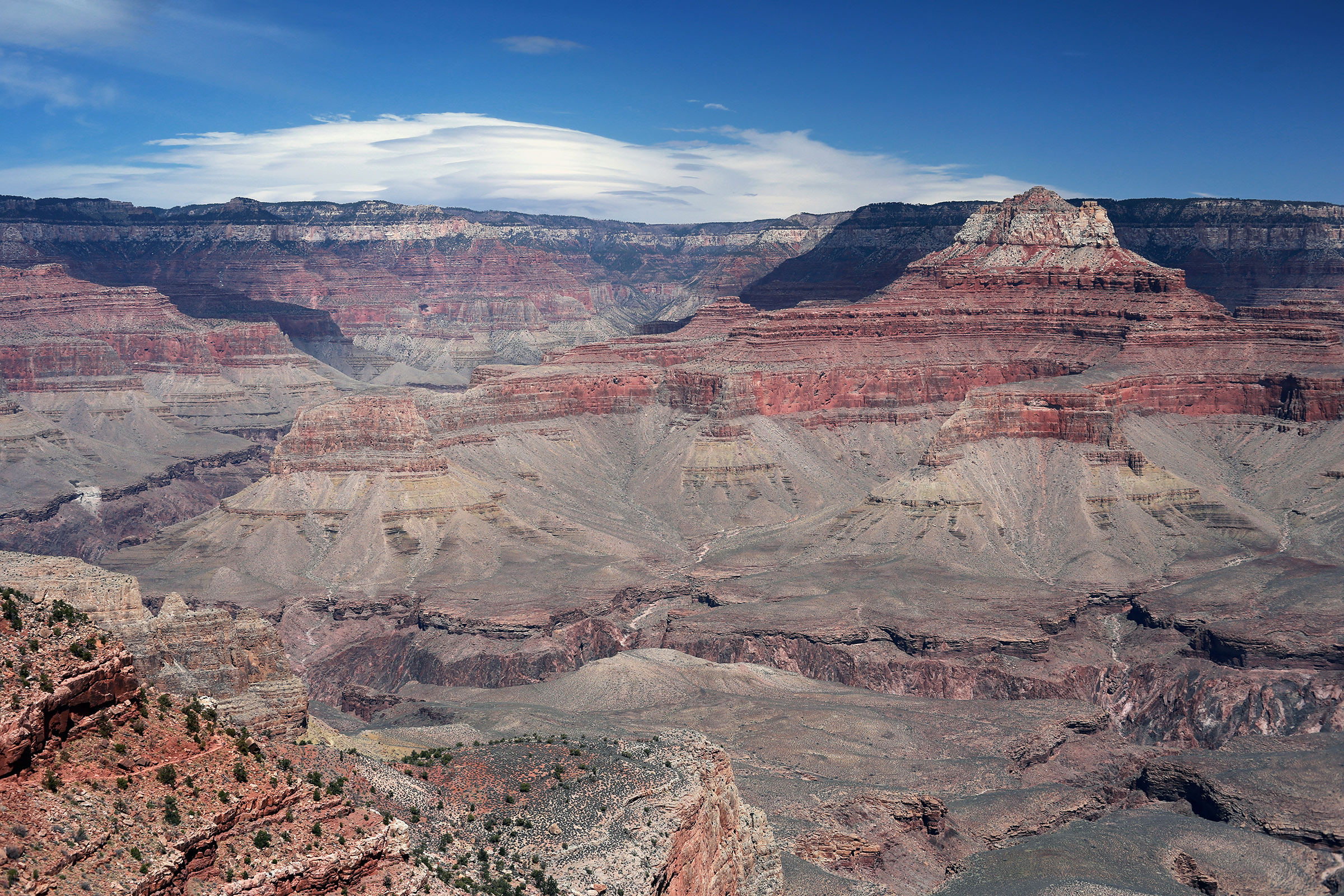 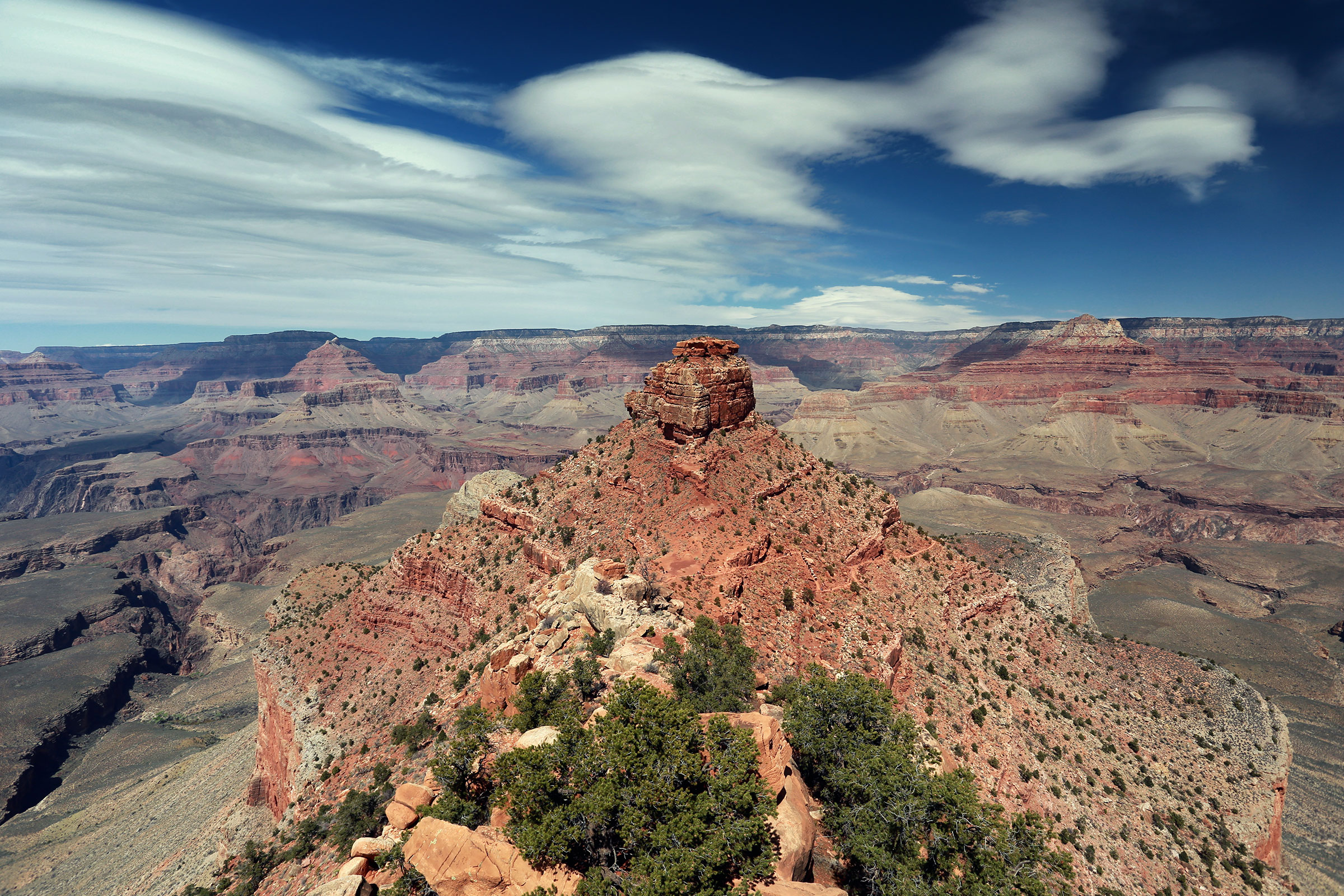 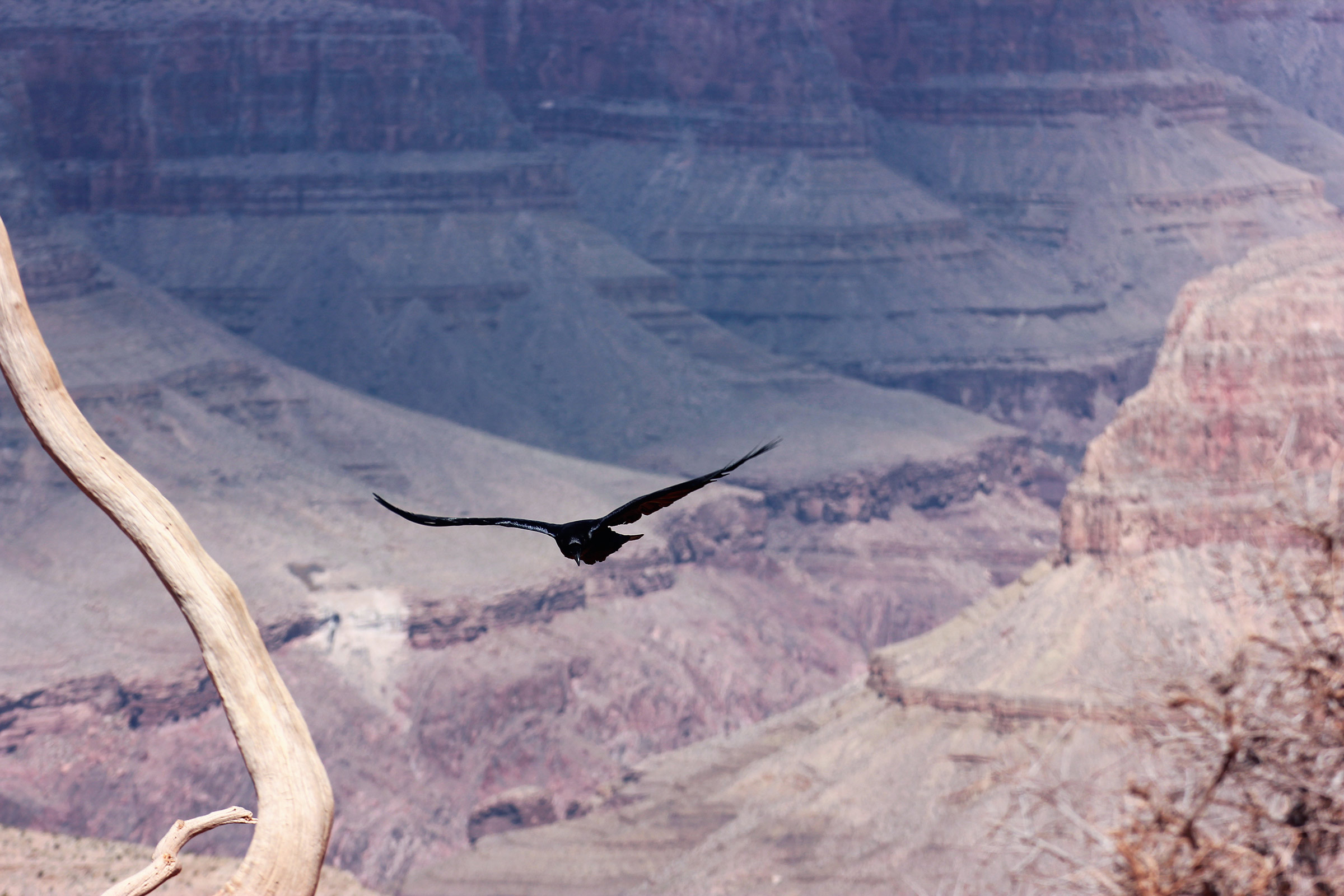 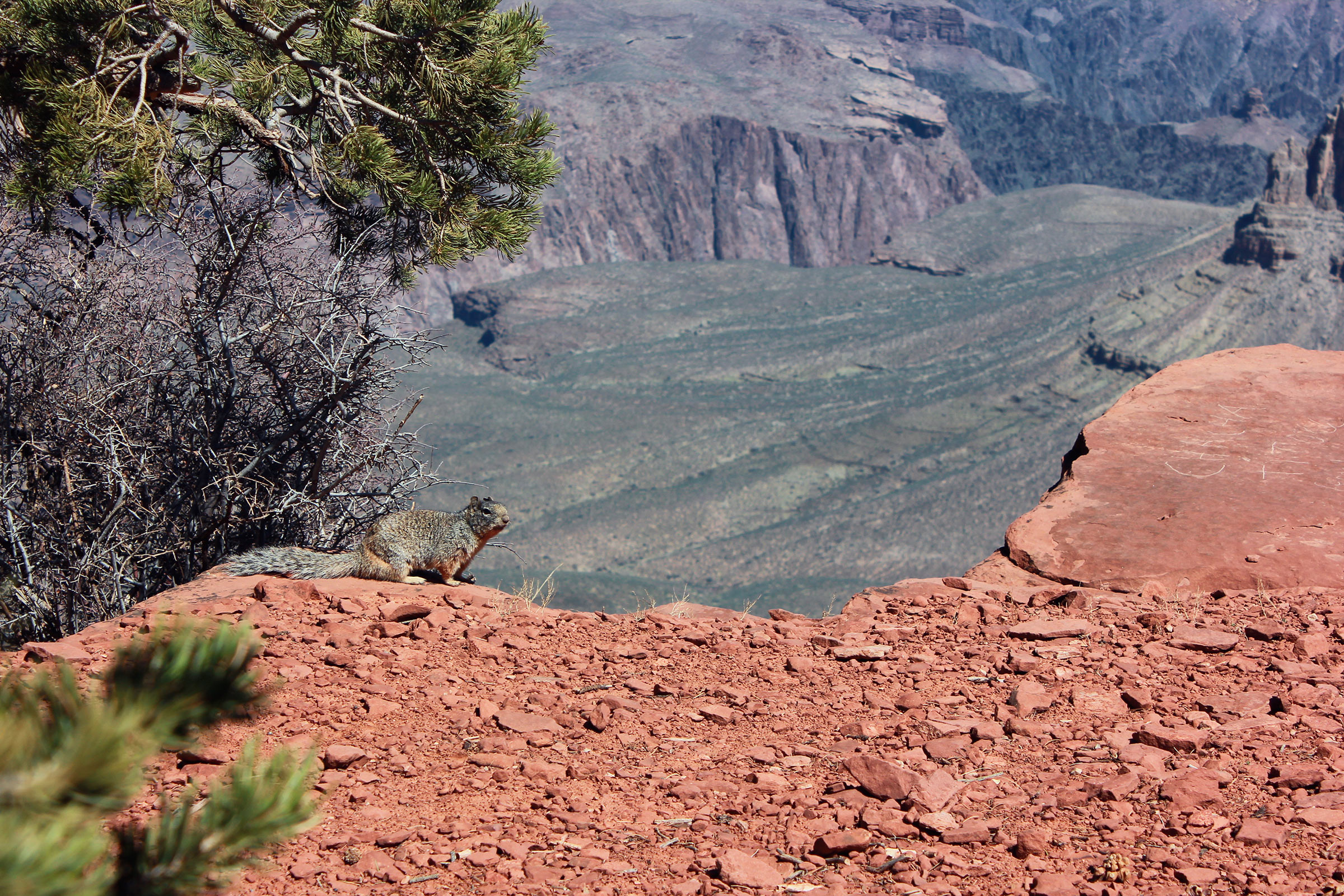 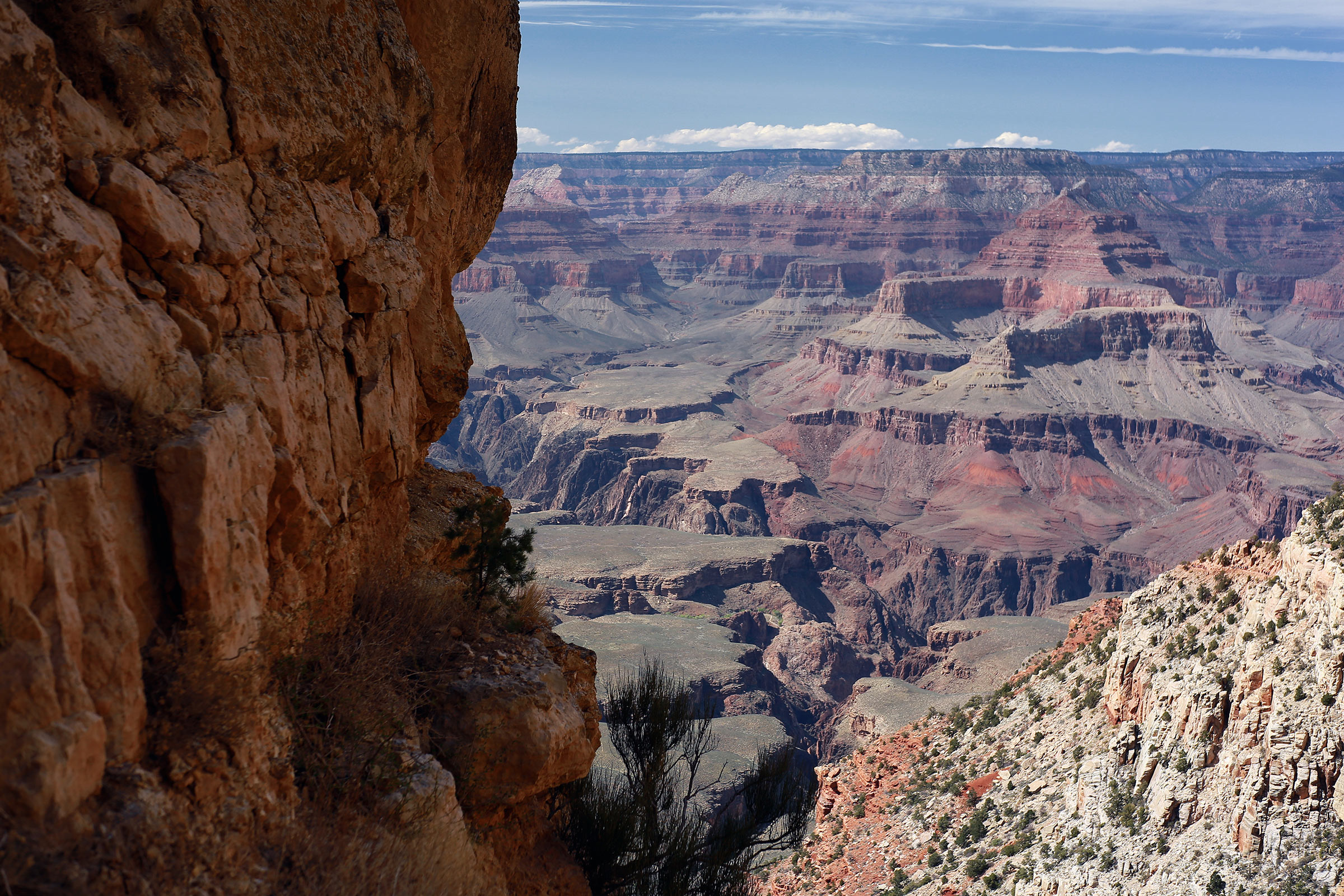 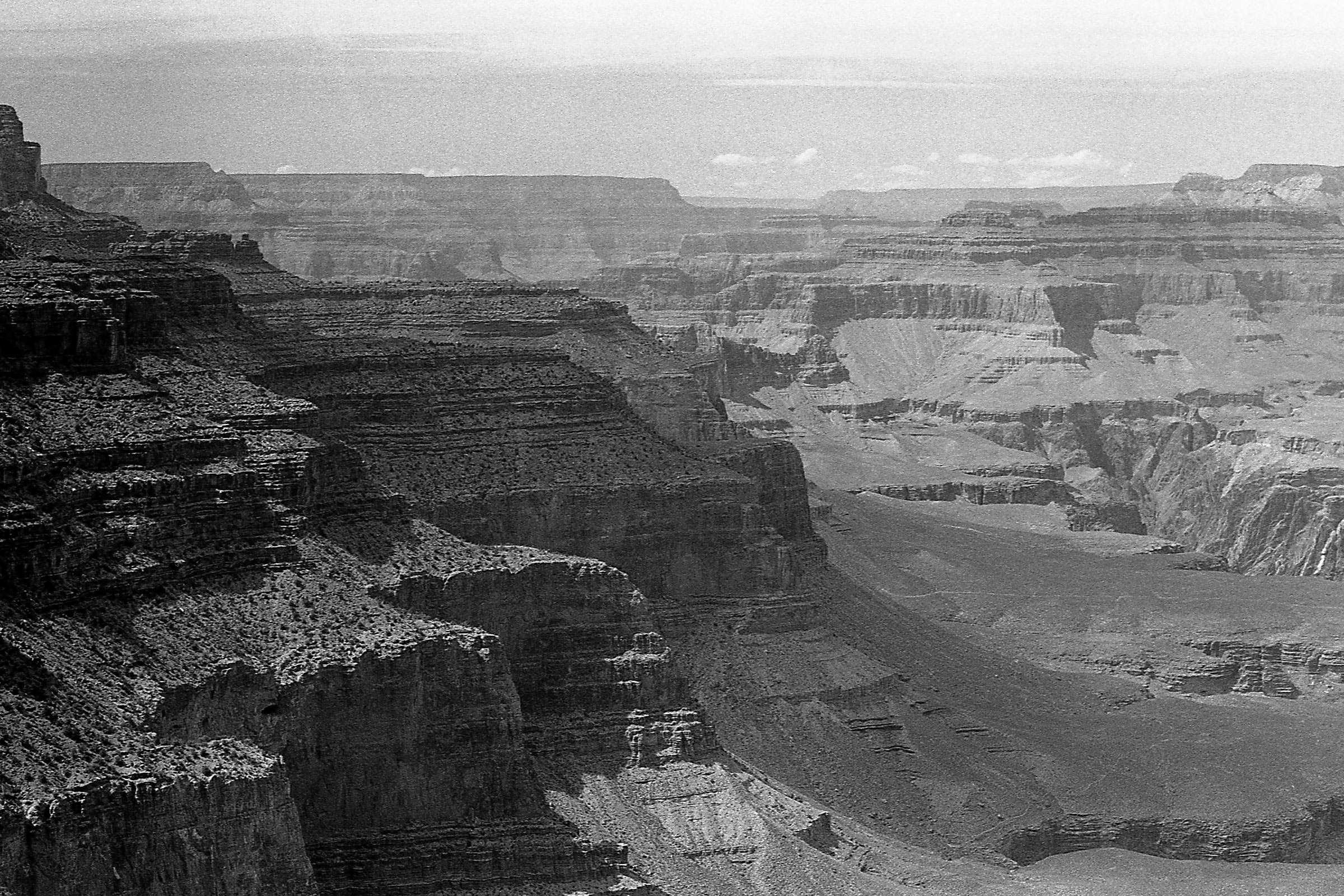 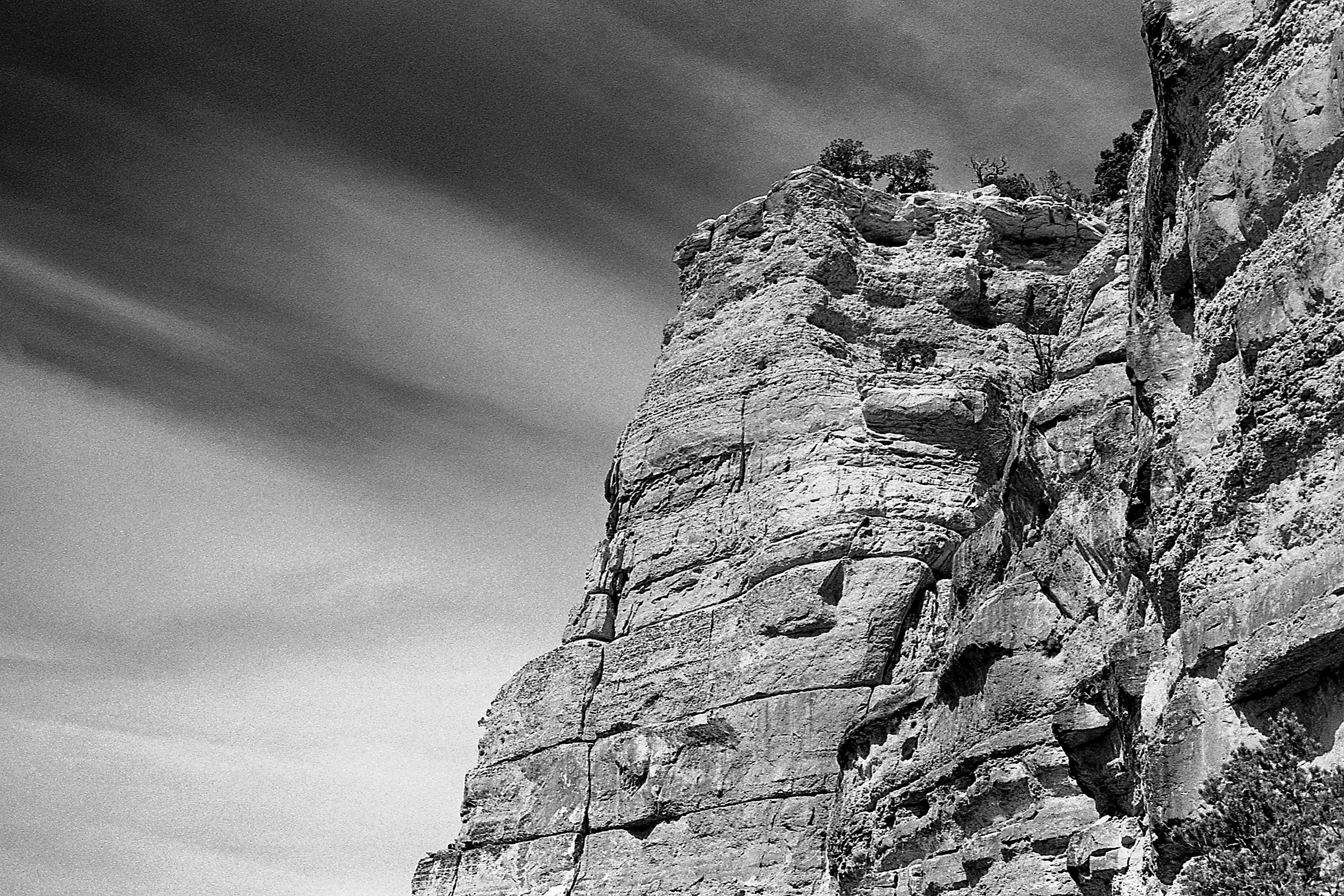 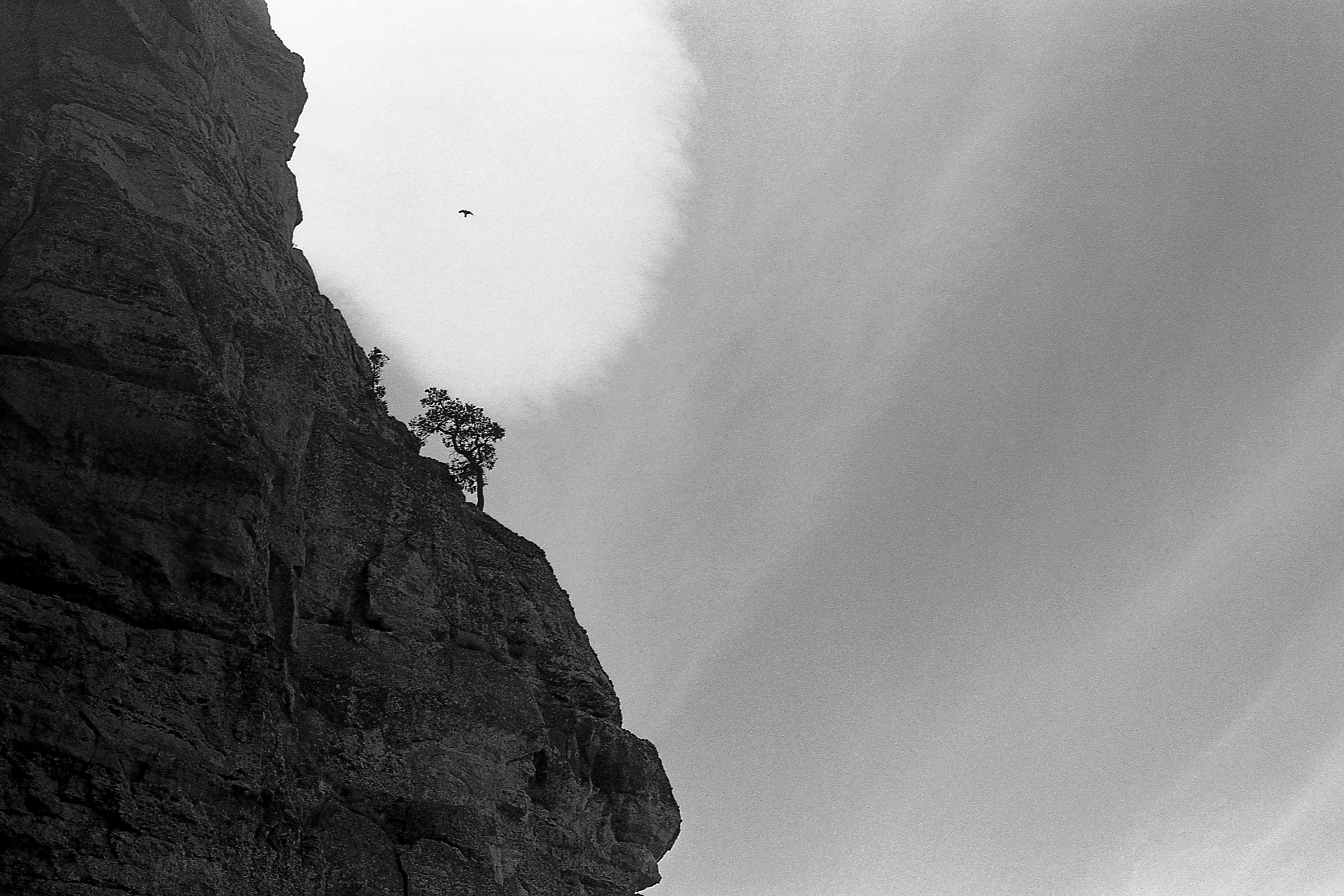 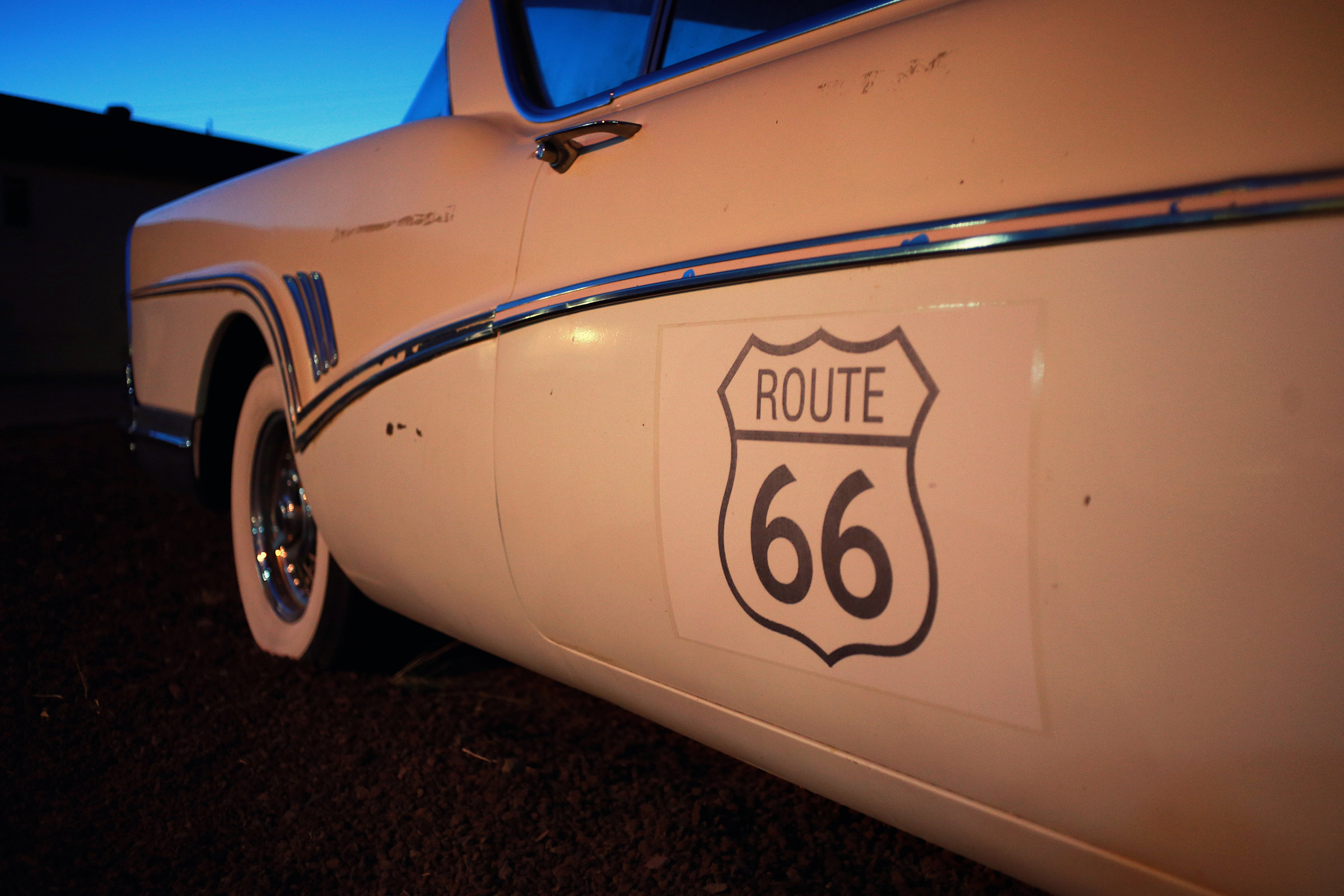 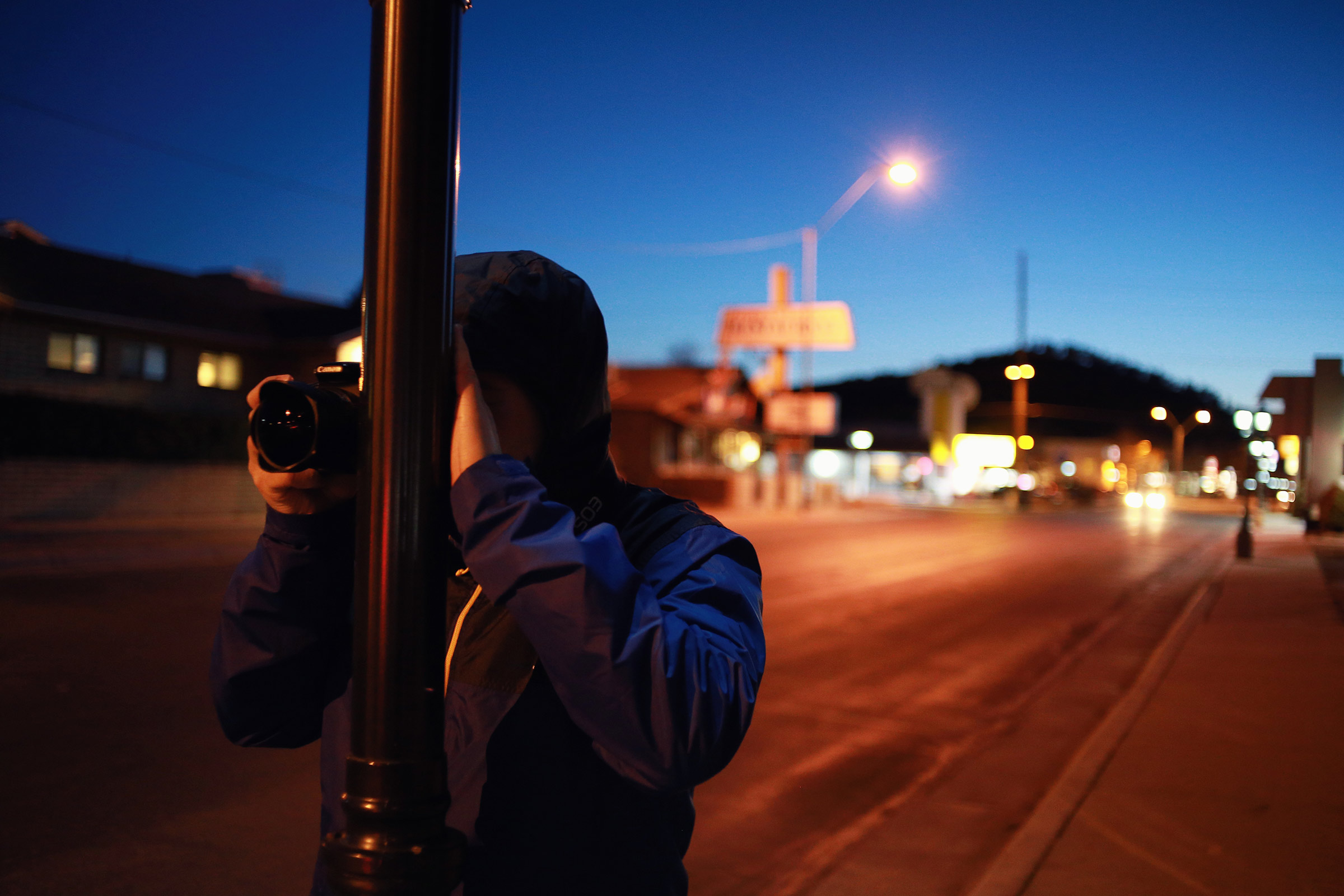 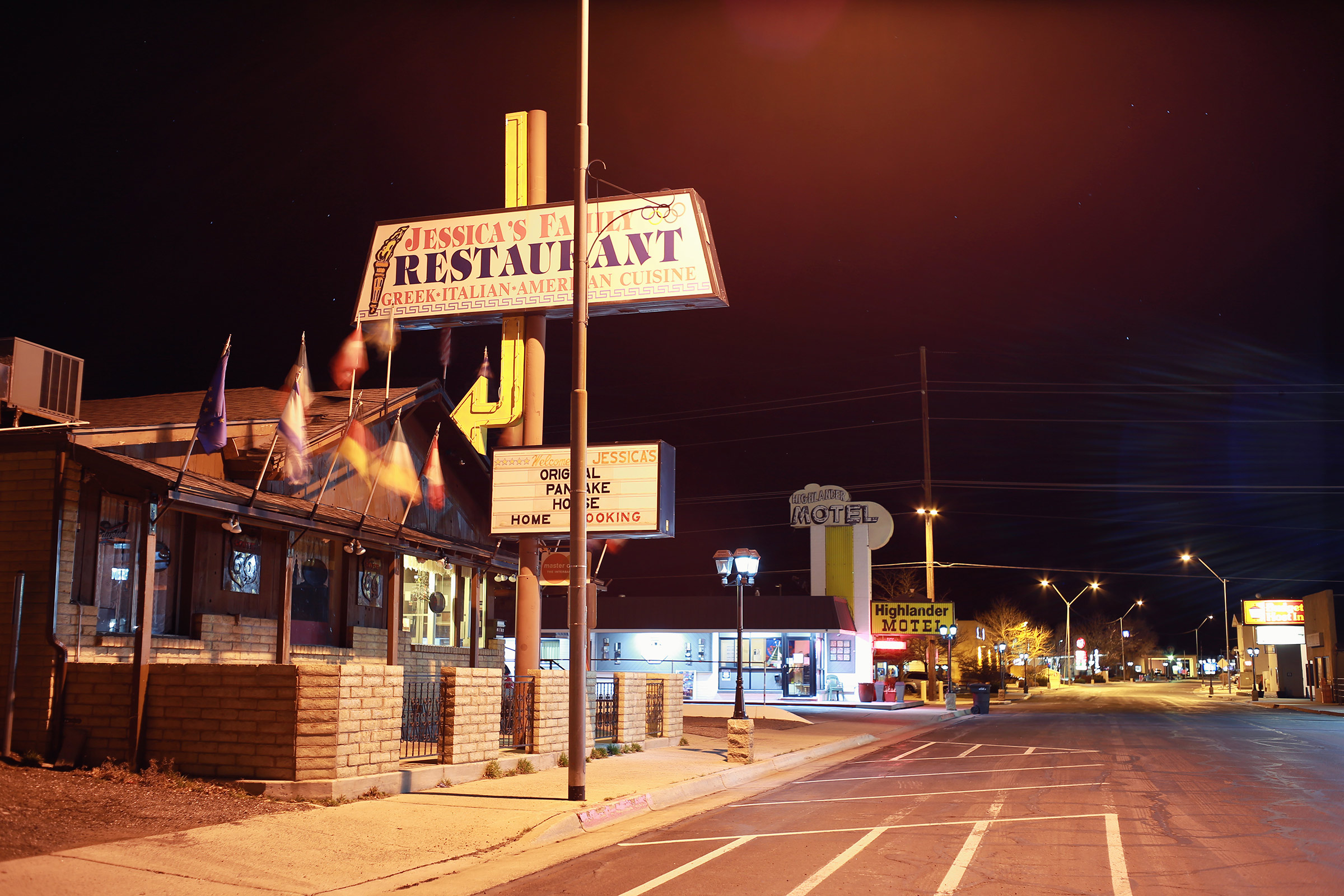 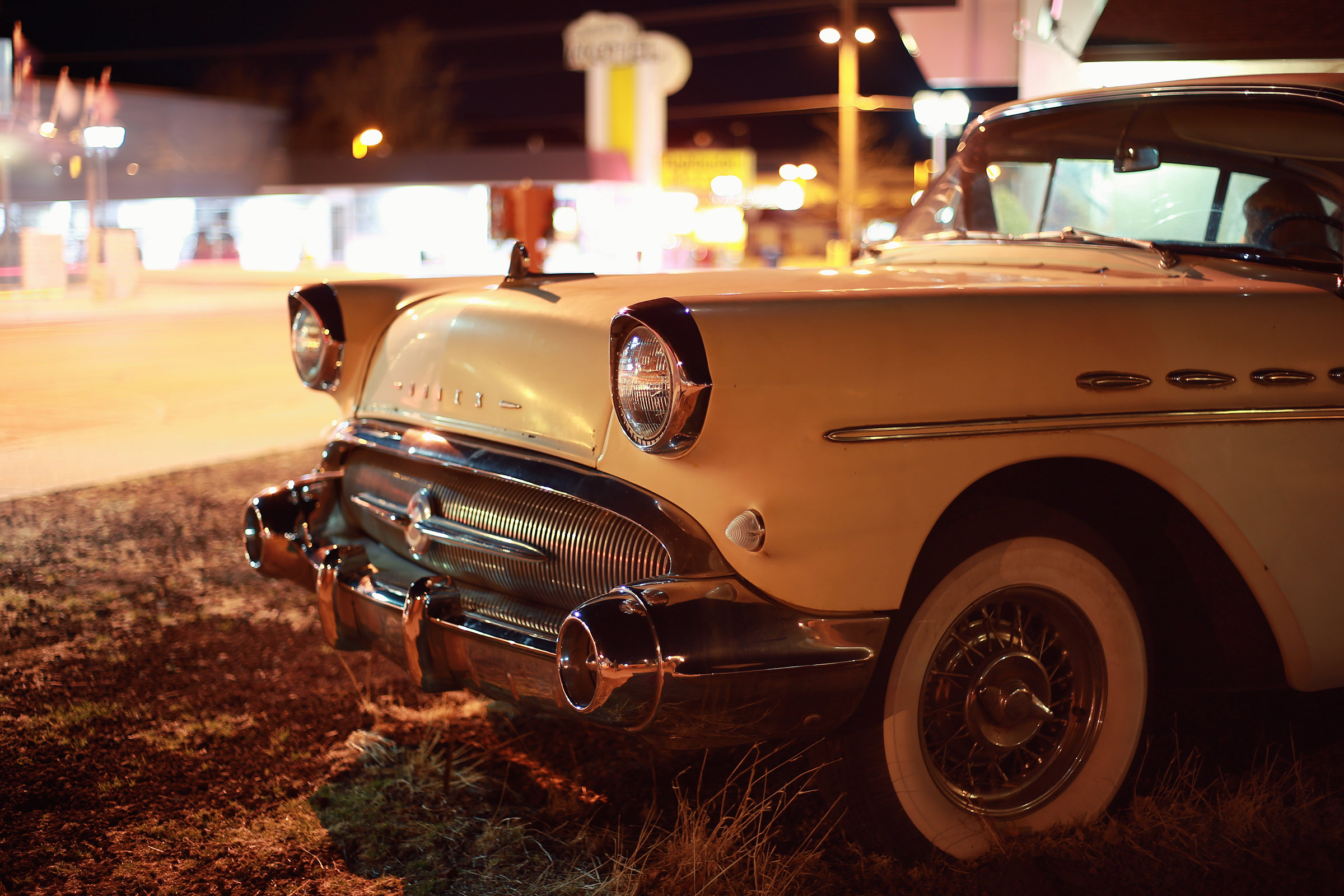 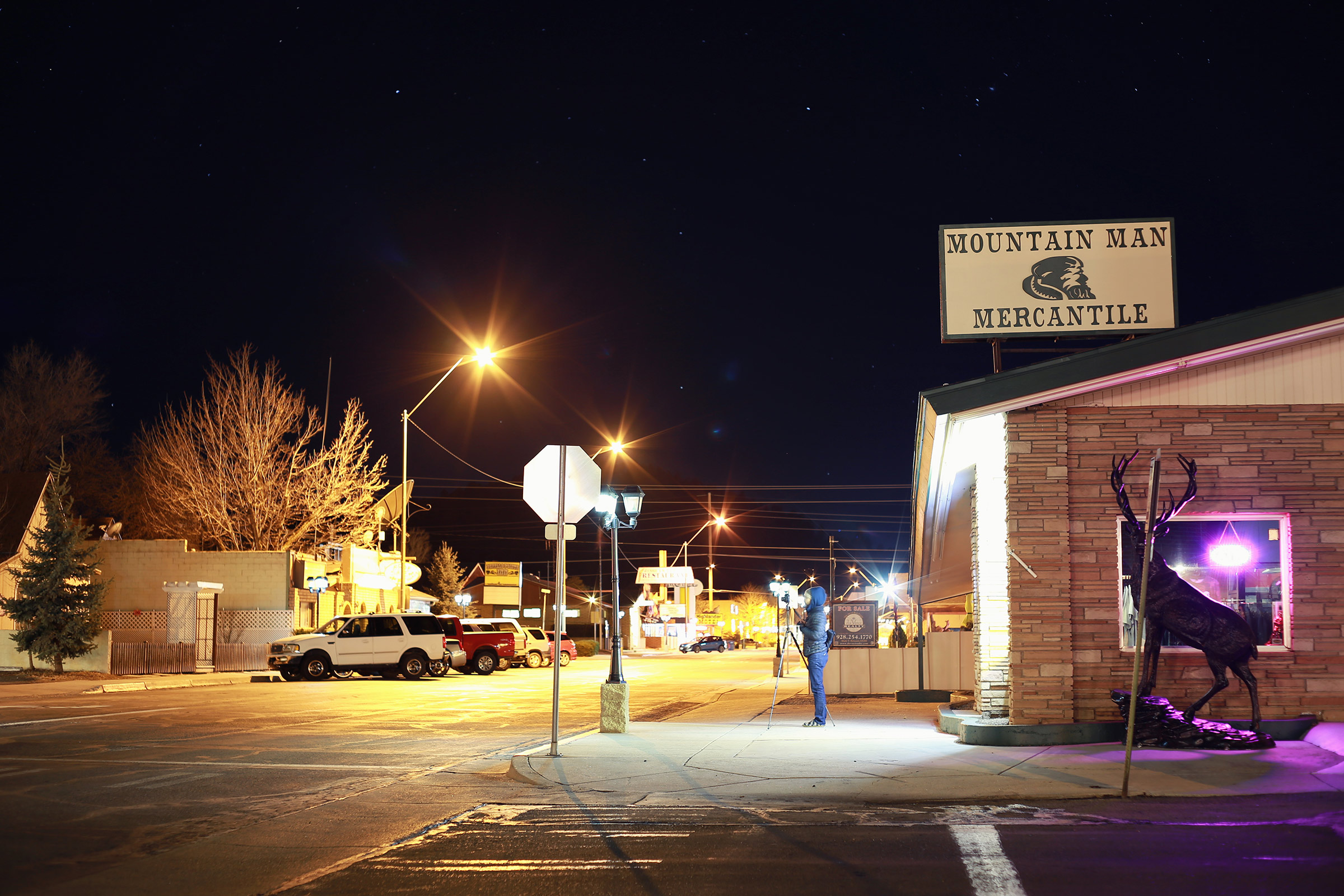 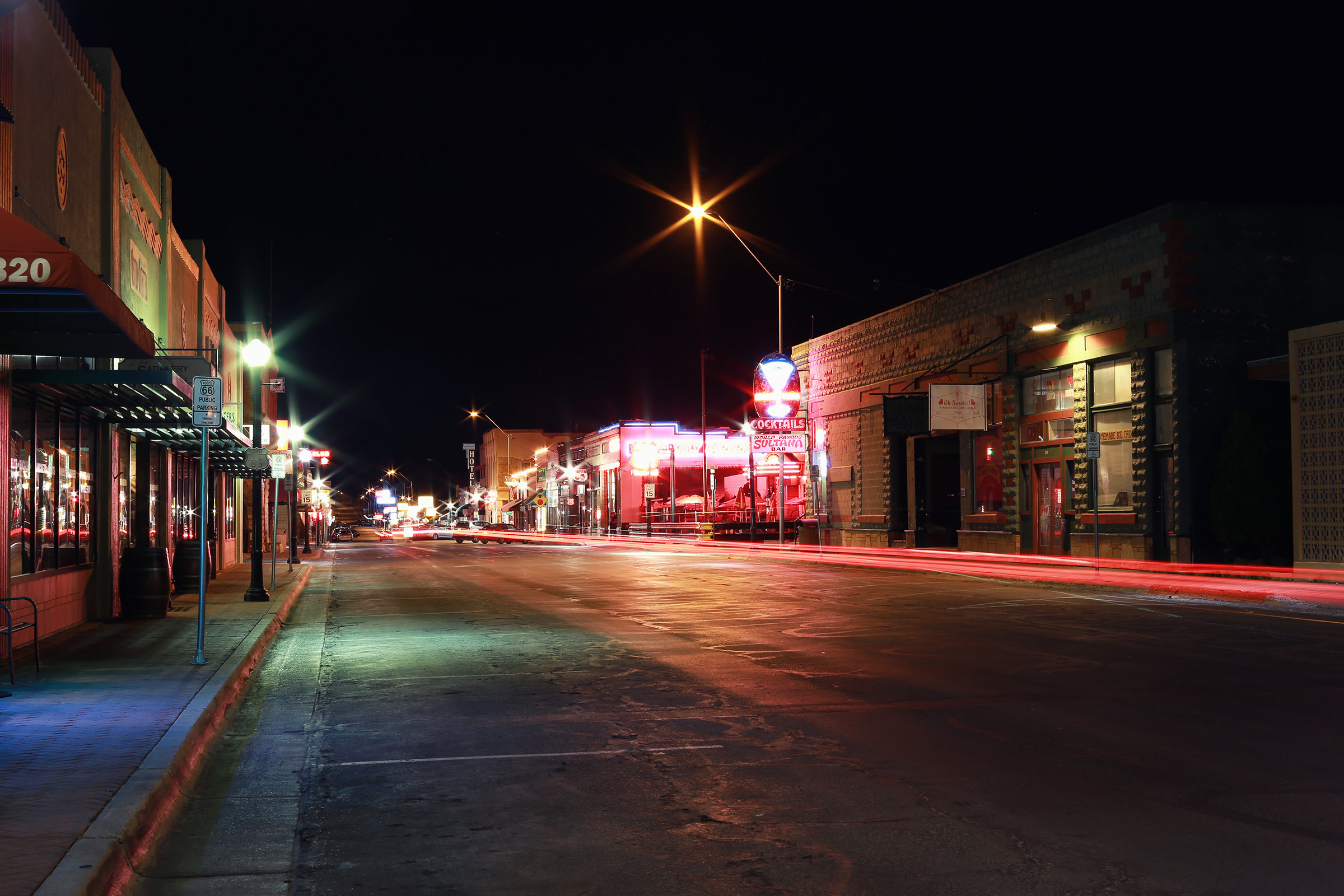