Text and Images by Nikolay Bratovanov © 2019

Being an enthusiast photographer for already quite some time, I’ve had a number of memorable moments that have inspired me throughout the years, and have contributed to finding my own style and shaping myself as the photographer I am today. Such an inspirational effect could be achieved by any kind of experience – from a small talk with a stranger to a memorable discussion with the photographer you’ve always admired; from a random visit of an atmospheric street to a long-dreamed trip on the other side of the world; from discovering an old, rusty, but sentimental film camera in your grandparents’ house, to purchasing the most advanced, state-of-the-art equipment available today. Whatever the case is, it is crucial for an artistic person to regularly ‘look for’ their inspiration and inflame their passion for the art they have been dedicated to. Otherwise it’s quite likely that the once beloved painting, writing, composing, etc. might become an activity, routine and dull, full of emptiness and boredom.

(Re)introducing myself to the field of classic film photography in the winter of 2017 is definitely one of the most inspirational decisions I have made as a photographer. Being already quite well familiar with manual equipment (I’ve been using old vintage lenses with my DSLR since 2015), I wanted to completely submerge into the analog world where the strive for perfection, purity and ‘structuredness’ of the electronic sensor is replaced by the non-uniform, random and mysterious charm of the silver crystal-based chemical process; where the fully-automatic, software-corrected, point-and-shoot nature of modern, high-tech cameras is substituted by the much more creative, skill-demanding, and frame-limited experience of shooting film. Being so excited about this new perspective, it didn’t take long before I had learnt some of the basic techniques for film developing (both B&W and color), as well as darkroom printing, which I found particularly fascinating (Thank you, Photo Treyman!). Acquiring all the necessary gear such as developing tanks, trays, clips, thermometers, measuring cups, as well as various types of materials (films, darkroom chemistry, enlarging paper) was the next logical step of my preparation. Regardless, any of the above would be completely useless if the single most important instrument was missing – the film camera itself! After a brief period of contemplation, I found the Pentax Spotmatic II SLR to be the perfect choice for me – solid, compact, versatile, reliable and stylish. Luckily, I managed to get a near-mint copy from a local re-seller, for quite a symbolic price too. At this point I felt completely confident and excited about my newly discovered endeavor – a moment that triggered a wave of intensive film shooting… and a desire to dive even deeper!

I am not sure when was the first time I’ve heard about medium format photography. The moment that I first saw, looked through, and took a picture with a medium format camera, though, is still quite clearly remembered – during the Photo Treyman’s film photography course, back in 2017. It was a Hasselblad (not sure about the model) that we used to make portraits of each other, which were later developed and printed in the darkroom by ourselves. From this point on, parallel to my ‘standard’ 35-mm film photography ambitions, I started to research the field of medium format – specifications, technical stuff, examples, equipment, etc. The more I looked, the stronger the desire to get my own medium format camera. It wasn’t just the higher quality of the 6×6 (or any other six-by-something ratio) negative. The pictures taken with such cameras had something more than any other smaller format (digital or film) – a magical combination of liveliness, depth, vibrance and dynamic range. It felt like the photographed people, objects or scenes were right in front of me, as vivid and detailed as in real life. Despite the increased enthusiasm, though, two major obstacles were standing in my way of becoming a medium format photographer – first, it turned out that those systems were not as cheap as I initially thought, and second (and more importantly) – finding a decent medium film format camera for sale in Bulgaria was quite a challenging task – especially if the camera of interest is called Pentax 67!

Pentax 67 is one of the classics among medium format photography! Featuring impressive build quality, easy-to-use controls, reliable mechanics, interchangeable optics and a great variety of amazing lens, I knew this was to be my medium format camera from the very first time I read about it. Furthermore, already being a Pentax SLR user, I was pretty confident about the durability and the high-grade quality of the Japanese brand – even when talking about 40-year-old models. I also liked the 6×7 frame size. Initially, I was considering the wider 6×9 to be a better option (after all, I had been shooting 2:3 ratio for a great deal of time), but the lack of appropriate cameras in the 6×9 category made me stick to 6×7 (the only reasonable 6×9 option was the Fuji GW690, which, unfortunately, was a fixed-lens camera – a feature that I really didn’t like). Despite being regarded as a classic format, the 6×6 was also out of my ambitions. So, knowing exactly what I wanted but having difficulties to get it, I had to figure out the best possible way of finding a Pentax 67 in a good condition, coming with a decent set of optics, and at a reasonable price. Luckily, a couple of months later, a solution to my issue was about to turn up – I was considering my next trip to the San Francisco Bay Area during the summer of 2019. A trip that would make my newly discovered photography whim so much easier to accomplish!

Already being in California, it must be remarked that the Pentax 67 purchasing process was far from straightforward! It’s funny how sometimes, having a great choice when looking for something makes the situation as tough as if you had very little or even no choice at all! In other words, I was surprised by the great number of Pentax 67 cameras that were available for sale, most of them shipping from Japan. Despite the great variety, though, there were a couple of issues, mainly associated with the cameras’ higher prices, overall condition, optics selection, radioactivity (not a joke), and others, that restrained me from rushing my decision, regardless of the already strong desire to take medium format pictures. However, one sunny morning, after several weeks of exploring, I encountered an offer that seemed to be just the right one. It was the second version of the camera (Pentax 6×7) with Mirror Lock-Up and a metered TTL-prism, coming with two different lens – Super Takumar 6×7 75mm f/4.5 and Super Takumar 6×7 135mm f/4 Macro – everything in a great condition and at a very good price! It didn’t take long before I had already purchased the long-wished photography equipment!

A period of eagerly waiting followed, which, to my pleasant surprise, was much shorter than what had officially been listed – the camera arrived just over a week after the order had been placed. When I first saw the size of the shipment, I couldn’t really believe it! Even though I had prepared myself (physically and mentally) for a bulky and heavy camera, what I saw was far beyond my expectations – the Pentax 67 was huge! It basically looked like a regular 35mm film camera whose components had been extended (as much as twice) in every direction. What I also noticed (parallel to my initial astonishment) was the camera’s impressive build quality and its really great overall condition! After the moments of pure excitement, observation and inspection had come to an end, I became aware of the escalating desire for taking a picture with my brand-new purchase. Well, this is when you experience one of the downsides of analog photography – even if you’d simply like to check the functionality of your ‘brand-new’ film camera, you’ll first need to get a film, load it, take all the frames (just 10 for the 6×7 format), develop the film, scan it (or print it), and only then you’ll be granted the chance to evaluate your camera’s performance and enjoy the results of a several-week-long effort – a concept far too time-consuming for the present-day’s impatient, on-the-go, social-networking, ‘swipe-up-swipe-down’ society.

After getting my first 120 roll of color Kodak Portra 400 film from a local San Jose photography lab, I felt more than ready to put this huge metal beast to good use. It also happened that the arrival of the Pentax 67 (one of the most significant events in my career as a film photographer) coincided with my cousin Manol’s birthday, who, long-ago fascinated by the charming and atmospheric city of Alameda, CA, had decided to spend his special day there. Without any plan in particular (which made it even more exciting for my film photography ambitions), the two of us, together with my aunt Maria, drove off north towards Alameda. After admiring the impressive Oakland Aviation Museum for a couple of hours, we headed towards the city itself, where a quick lunch in a peaceful neighborhood took place. And this is where my very first medium format photography adventure began.

Inspired by the charismatic Alameda streets, by the old vintage 1964-1/2 Mustang that we had encountered there, by the historic ‘Golden Bridge Beverage’ sign painted on a nearby building, by the magnificent USS Hornet, by the impressive Naval Air Station Alameda, and by many-many more, I could barely restrain myself from not ‘wasting’ the whole 10-frame-long roll (a portion of which had already been shot during an initial session a couple of days ago) in just a couple of minutes. Nevertheless, putting my self-discipline to the test, I managed to adequately organize my shooting in order to capture all spots of interest that were provided by the photogenic environment of Alameda throughout the entire trip – an inspiring trip that I will always associate with my first medium format film! 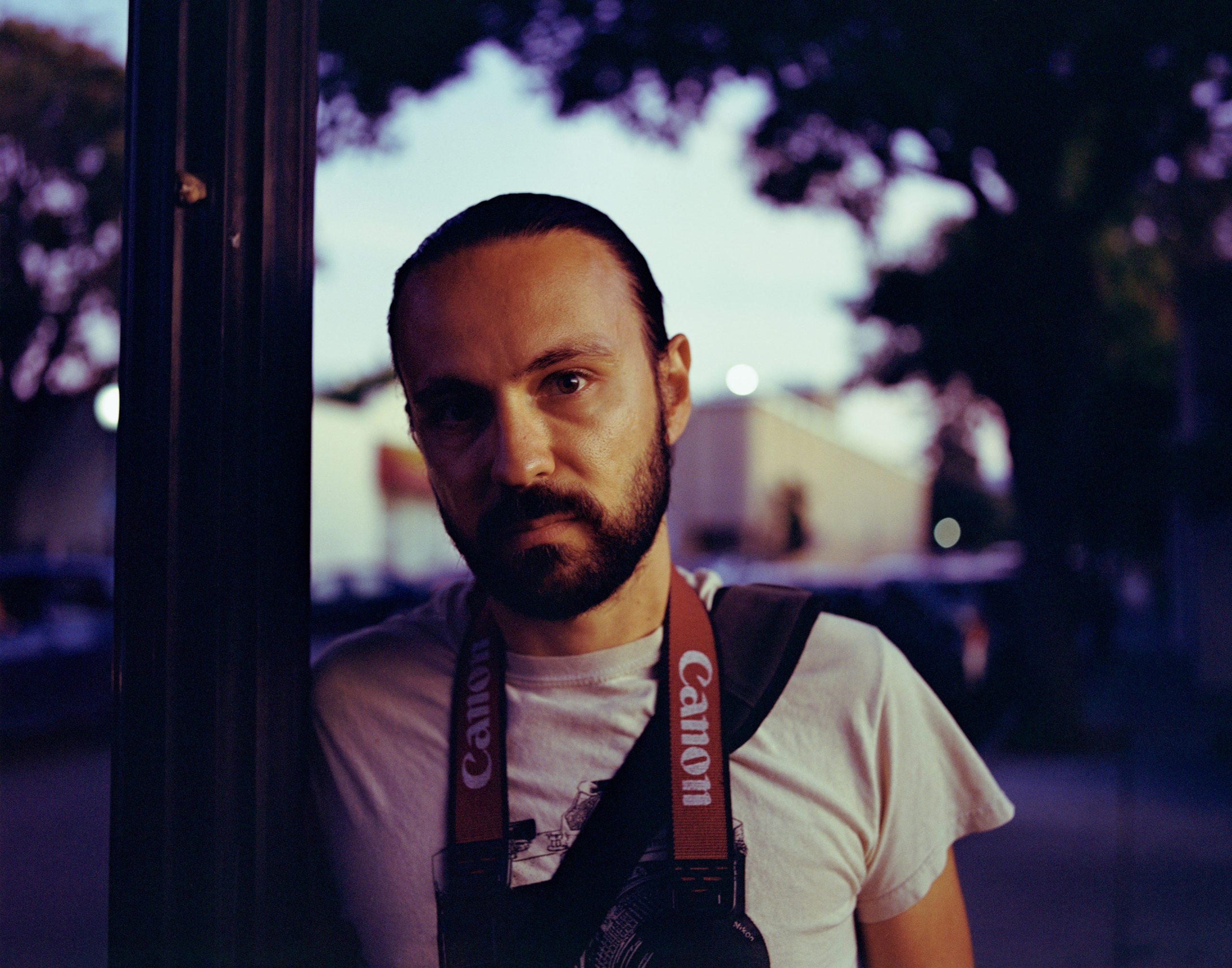 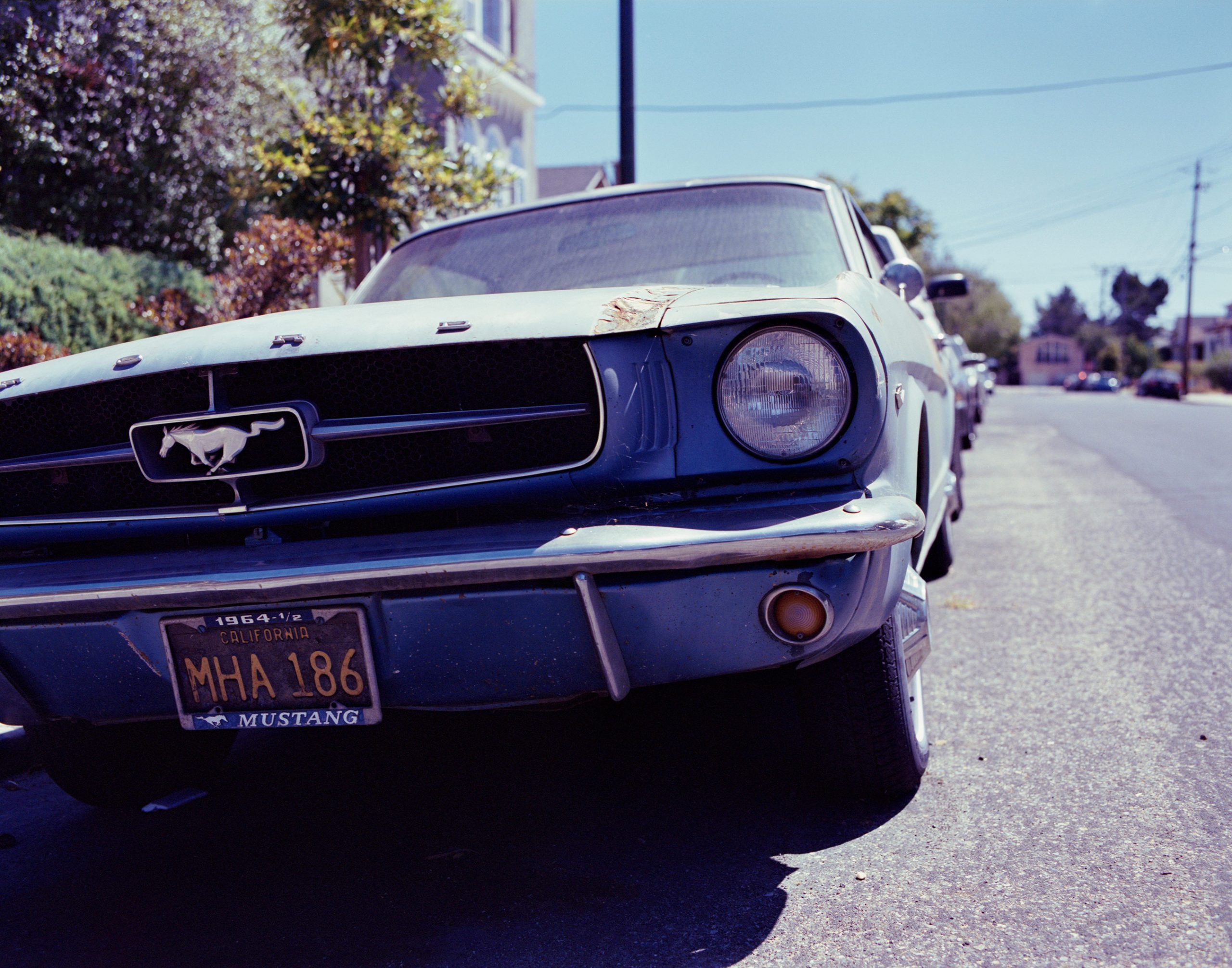 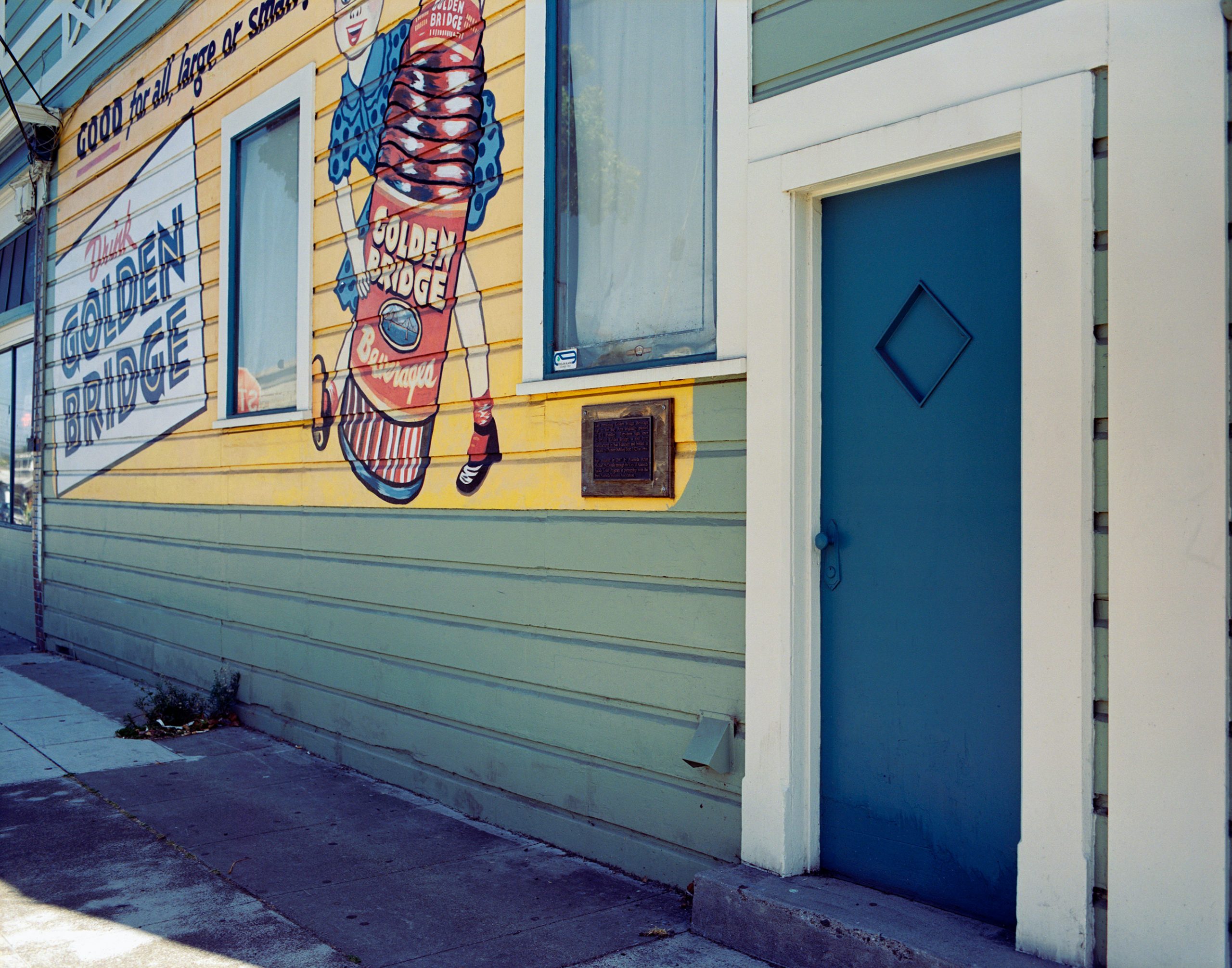 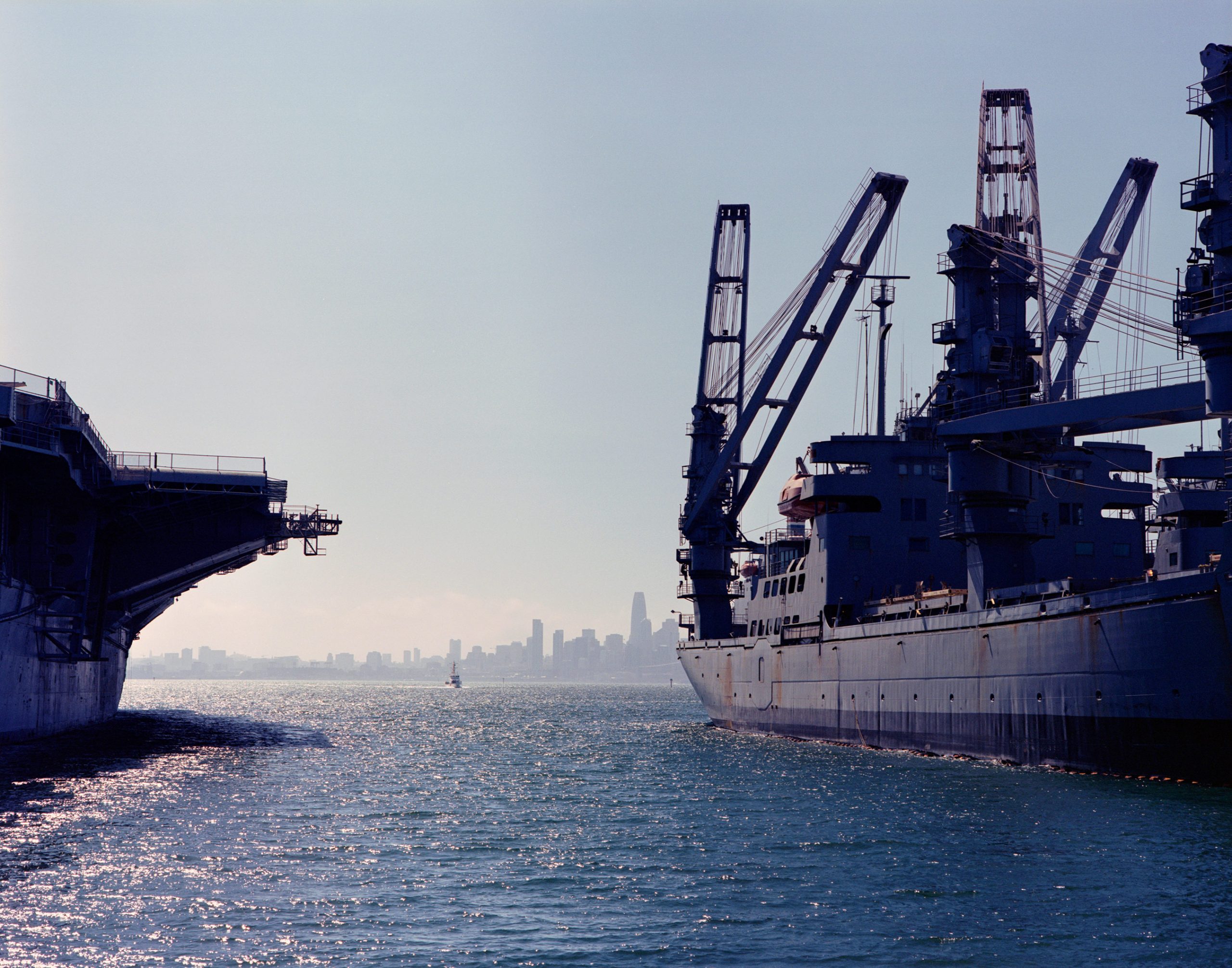 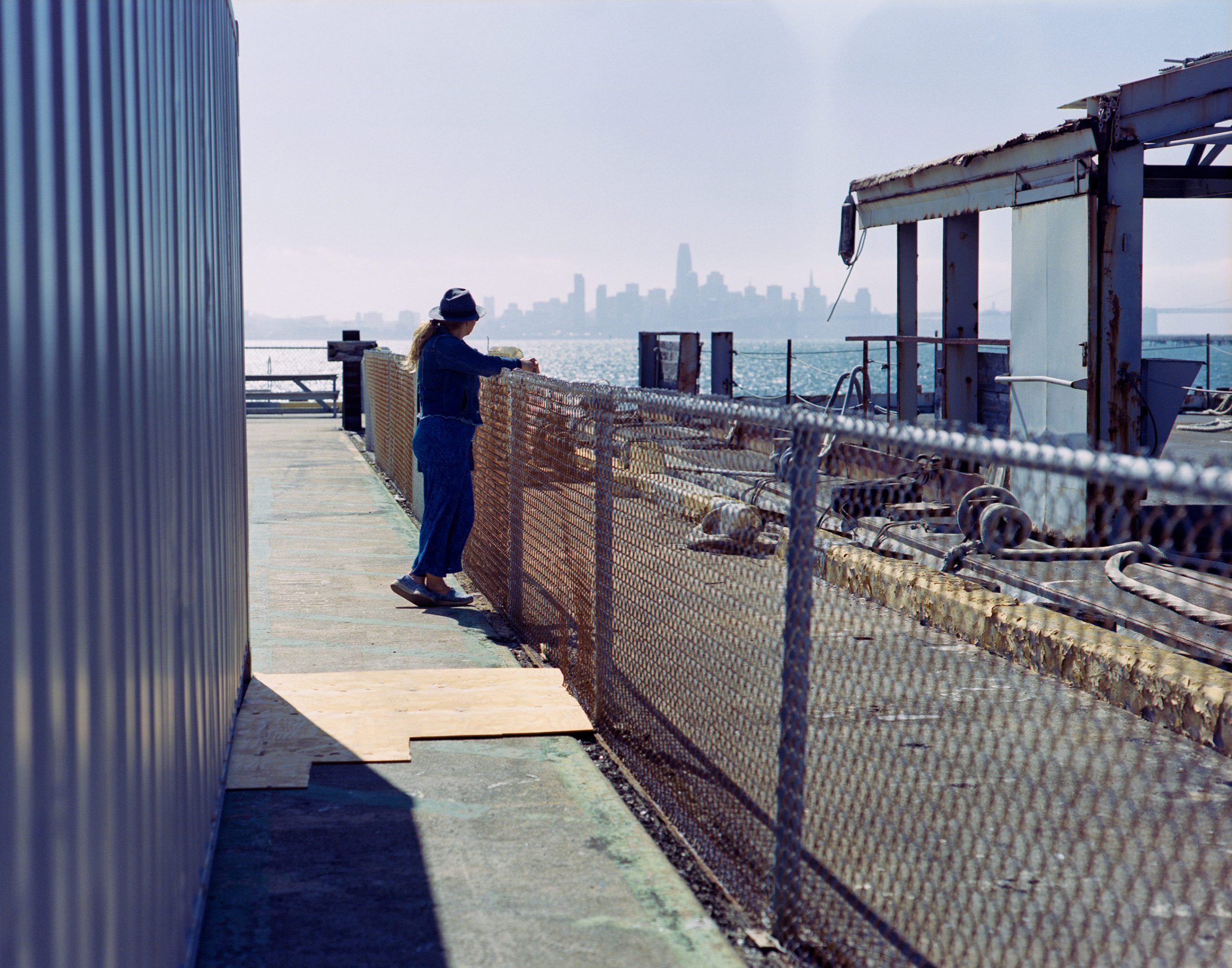 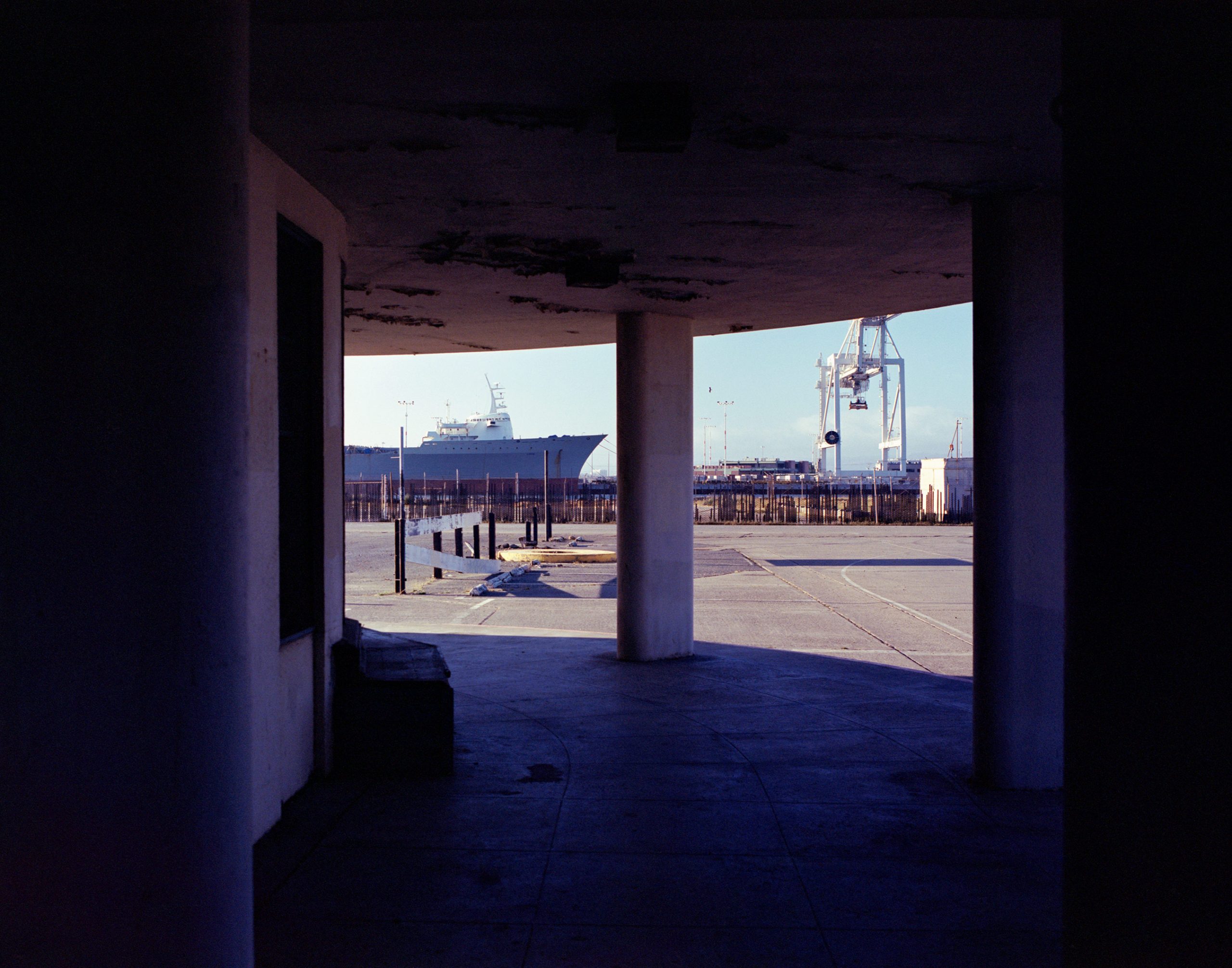 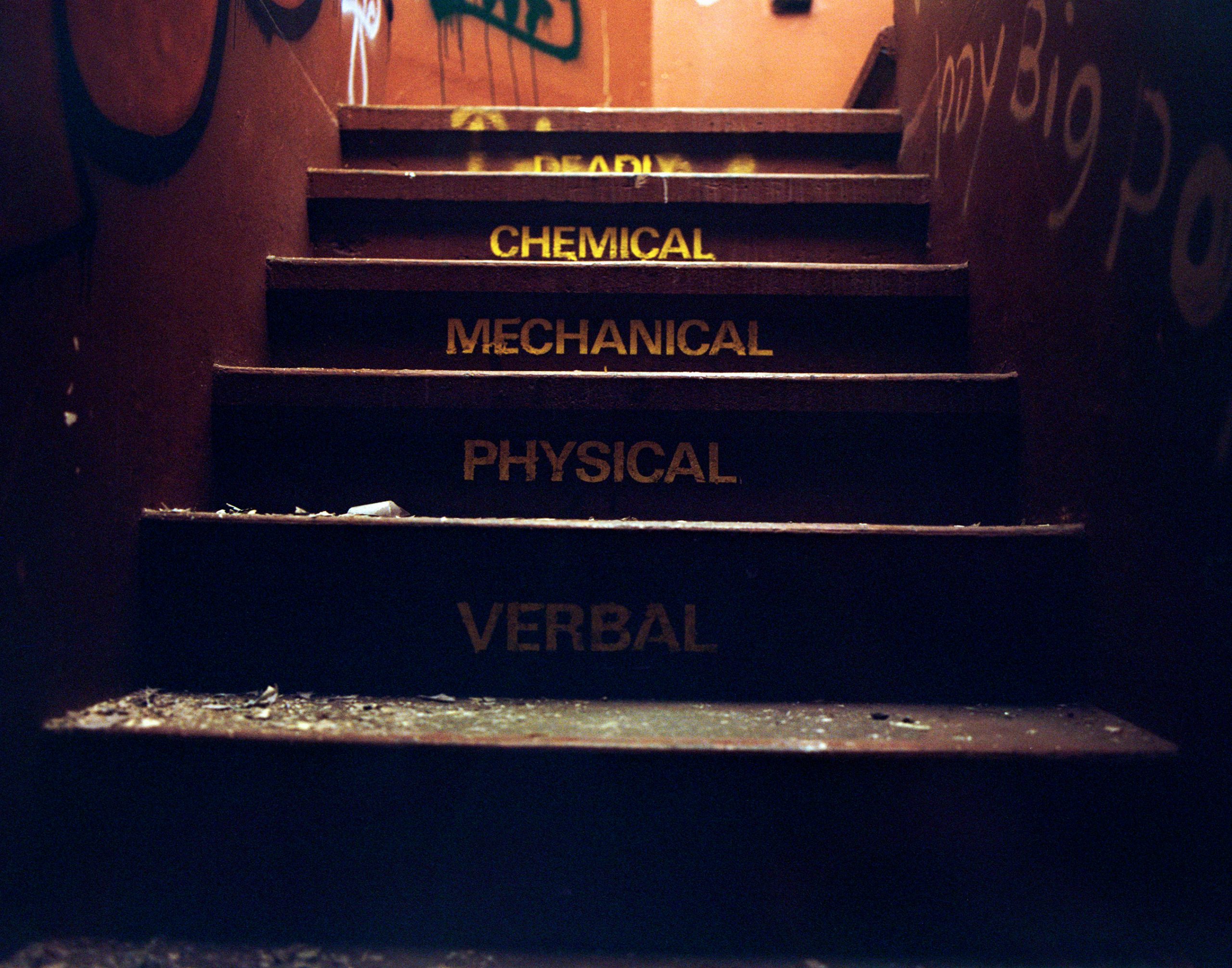